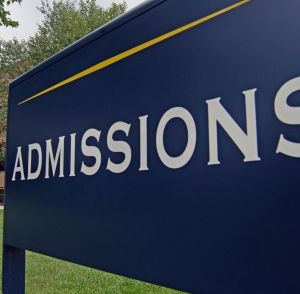 Recent research from Professor Anne West and Audrey Hind of the London School of Economics looked at secondary school admissions in London from 2010 to 2015. Their conclusions reinforce Comprehensive Future’s aim for a simplification of school admissions, changes in how banding operates, the need for local agreement and for taking admissions decisions away from schools. The authors found that since 2001 schools the percentage of secondary schools which are admission authorities has increased from 40% to 80%. Below is the summary of their report and conclusions.

The research reported here provides an up-to-date analysis of London secondary schools’ admissions criteria and practices between 2001 and 2015. It also examines admissions policies and practices at a local and individual school level.

In 2015, all schools gave top priority to children in public care (looked after children) in line with legislation; more schools than in previous years used banding and random allocation across an area or zone; both mechanisms are designed to obtain academically and socially mixed intakes. More schools also overtly selected a proportion of children on the basis of aptitude in a subject area.

Admissions arrangements should be clear, fair and objective. Whilst many are, particularly those for community schools and academies that have adopted the same criteria, some are unduly complex. Some individual schools that are responsible for their own admissions – especially those with a religious character but also some academies with no religious character – have complex arrangements; the complexity is compounded when looked at across an area, with high number of admissions criteria, categories of places, and combinations of different arrangements (including banding, random allocation and partial selection by aptitude).

One practice that has become especially problematic is that of banding. The arrangements regarding the number of groups/bands and the type of banding implemented vary. Banding also requires pupils to be tested. In some local authorities testing is organised in school time and the results used across schools that use banding. However, a more common pattern is for children to have to take different tests for individual schools on several different days including weekends, making it difficult for parents who have atypical working patterns – e.g., shift work – and increasing stress levels for children and parents.

In short, whilst compliance appears to be high as far as certain admissions arrangements are concerned (e.g., prioritising looked after children and not interviewing pupils or parents), problems remain. In particular, some admissions arrangements are complex and there is a concern that with increasing academisation and more schools controlling their own admissions, there will be even greater complexity. Moreover, the complexity raises concerns that schools are choosing pupils rather than parents choosing schools for their children.

There are a number of implications for policy arising from this research, which would serve to make the school admissions system ‘simpler and clearer’ (cf. Department for Education (DfE), 2016, p. 17).

• To enable all parents to be able to make informed preferences, admissions arrangements should be simplified.
• Schools in an area, facilitated by the local authority, should come to an agreement about the best way to ensure ‘fair access’ to all schools especially for children from disadvantaged families. This would necessitate simplification of admissions arrangements and a reduction in the range of definitions, admissions criteria and mix of these across different schools.
• The government should provide additional templates of admissions arrangements to assist with establishing a genuine level playing field across an area. These could be used to decide the most appropriate combinations across the area to ensure access to schools for all children and, in addition, equitable access across different social groups.
• No schools should carry out their own admissions – that is, decide if applicants meet the admissions criteria – as the incentives for schools to ‘choose’ the most desirable pupils are great given the quasi-market that is in operation. Opportunities to ‘select in’ and ‘select out’ are particularly great when parents complete supplementary information forms detailing reasons for choices, and where parents and families are ‘known’ to the school. Allocations to schools should be made according to published admissions criteria and administered by an independent body.
• Tests for banding should be carried out in school time to reduce the testing burden on children (and their parents). Given that banding should have the same overall goal – to ensure academically mixed intakes – there is a strong argument for groups of schools to work collaboratively with local authorities to ensure this, with area-wide banding being incentivised.