Should 11-plus scores be secret? A tribunal hearing decides 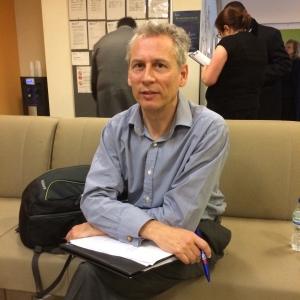 James Coombs challenged the secrecy of  11-plus test scoring in a tribunal hearing last week. Judge Kennedy weighed up evidence for six hours but made no ruling because test provider CEM failed to send a representative to give evidence. The 11-plus company left the Information Commissioner to defend their point that test scores are commercially sensitive. The Judge was highly critical of the test provider for not being present to answer the case themselves. He explained the decision to delay his ruling by pointing out, “This is a very important case” and, “There is a great deal of public interest in this hearing.”

James had asked to see the ‘raw scores’ of the 11-plus, but his Freedom of Information request had been turned down by the 11-plus company.

James said, “Few people even know what raw scores are, but it’s quite simple. The 11-plus test scores are originally in a format like 12 out of 25, but these simple scores are not routinely shown to parents. Instead parents are given ‘standardised scores’ which are adjusted score numbers like 118.12. I asked to see the original scores because turning a straightforward score into a larger number with two decimal places is disguising how the test really works.”

James argued that test providers might like secrecy because grammar schools have different ‘ability’ levels and the raw scores would reveal this. He also questioned CEM’s claim that test tutors would find a use for the information.

He said, “CEM claim that secrecy with 11-plus scores gives them a commercial selling point for a ‘tutor resistant’ test. But they provided no evidence that they even use this claim in marketing. No one believes the 11-plus is tutor proof in any case.”

The majority of the hearing considered how 11-plus scores might benefit tutors, and whether a ‘tutor proof’ 11-plus test was even possible. The judge questioned whether the test company had other reasons for keeping scores from the public, but concluded there should be ‘good faith’ that there was a genuine reason for the secrecy.

James said, “I hoped that there’d be a decision on the day, but I’m glad the judge feels this issue is important enough to consider properly. No one knows a lot about scoring for the 11-plus, and CEM’s point that the scores could help tutors wasn’t entirely accepted by the tribunal. The judge appeared frustrated that the test company didn’t bother to send anyone to explain how the test works.”

The Information Commissioners Office barrister Ms.Connor pointed out that it was ‘unfortunate’ that the test company were not there to argue the case.

James said, “It was quite intimidating being up against a professional barrister but still no-one has explained why this basic information should not be in the public domain. It’s important that everyone understands how grammar school places are decided, and obscuring the scores helps no one.”

He continued, “The judge has not yet considered the public interest in revealing these scores. I hope he decides that openness with the 11-plus benefits all parents who’d like to know exactly how the test judges their child.”

Joanne Bartley of Comprehensive Future attended the hearing, and said, “James is a member of the public who’s put a lot of hours into making this case. I think the test company should have shown him some respect by being there. This hearing gives James no personal benefit, he’s only doing it because he cares about fairness and transparency.”

“The 11-plus was certainly under the spotlight, with the judge regularly referring to problems with inequality and unfairness with this test. However Judge Kennedy made it clear that the case was entirely about whether the public should have the right to see raw test marks.”

She continued, “I’m based in Kent where 15,000 children take an 11-plus maths paper with only 25 questions. No one in the county knows how many children score the same marks before standardisation, and with so few marks available it’s probably thousands. I suspect test companies don’t want anyone to see raw scores because it reveals information that discredits the logic of the test. Greater transparency with 11-plus scores helps people make up their own minds about whether or not this test is fair.”

The hearing has been adjourned until test provider CEM can fulfil the judge’s wish for further evidence. It will either resume with CEM as a party to the case, or without them if they choose not to engage with the legal process.