Our AGM ‘Next steps towards a comprehensive future’ 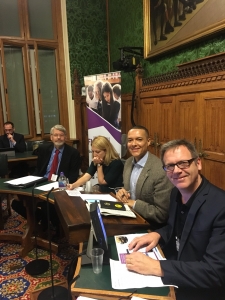 Our AGM at the Palace of  Westminster had a great atmosphere with a packed room of supporters. We were pleased to see a mix of new members and supporters who’ve followed our work for many years. The speakers were Lucy Crehan, Alan Parker and Tom Sherrington, and our panel chair was Clive Lewis MP.

Lucy Crehan spoke about her travels to explore countries with the highest performing education systems. She described the success of countries that used all-ability education with mixed-attainment classes, with no setting by ability.

Alan Parker described his vision of education with the 11-plus ended due to a structural change to our education system. He advocated three phases of education, with grammar schools becoming comprehensives as they were amalgamated into a 14-19 upper secondary school phase. He also outlined the need for new admissions authorities, with schools no longer setting their own admission rules, but being overseen by an admissions body that followed a straightforward new admission code.

Tom Sherrington spoke about the National Baccalaureate offering a truly comprehensive curriculum, with all pupils encouraged to find success. He pointed out that our current exam system means that many pupils feel they have failed at school.

It was a good evening with lots of lively debate, there are some photos of the event below. 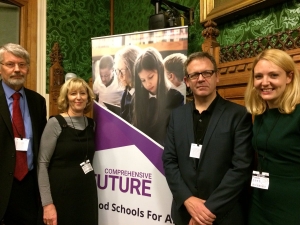 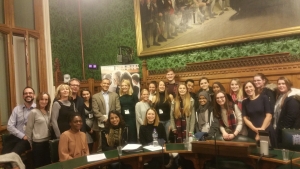 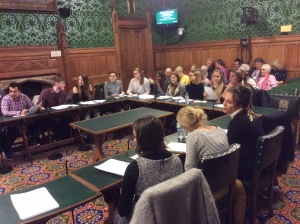 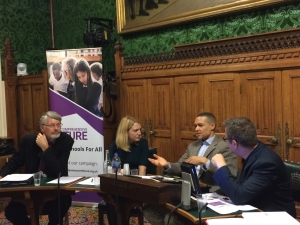