Another £50 million of grammar school expansion cash, without any transparency about the numbers of disadvantaged pupils actually passing the 11-plus 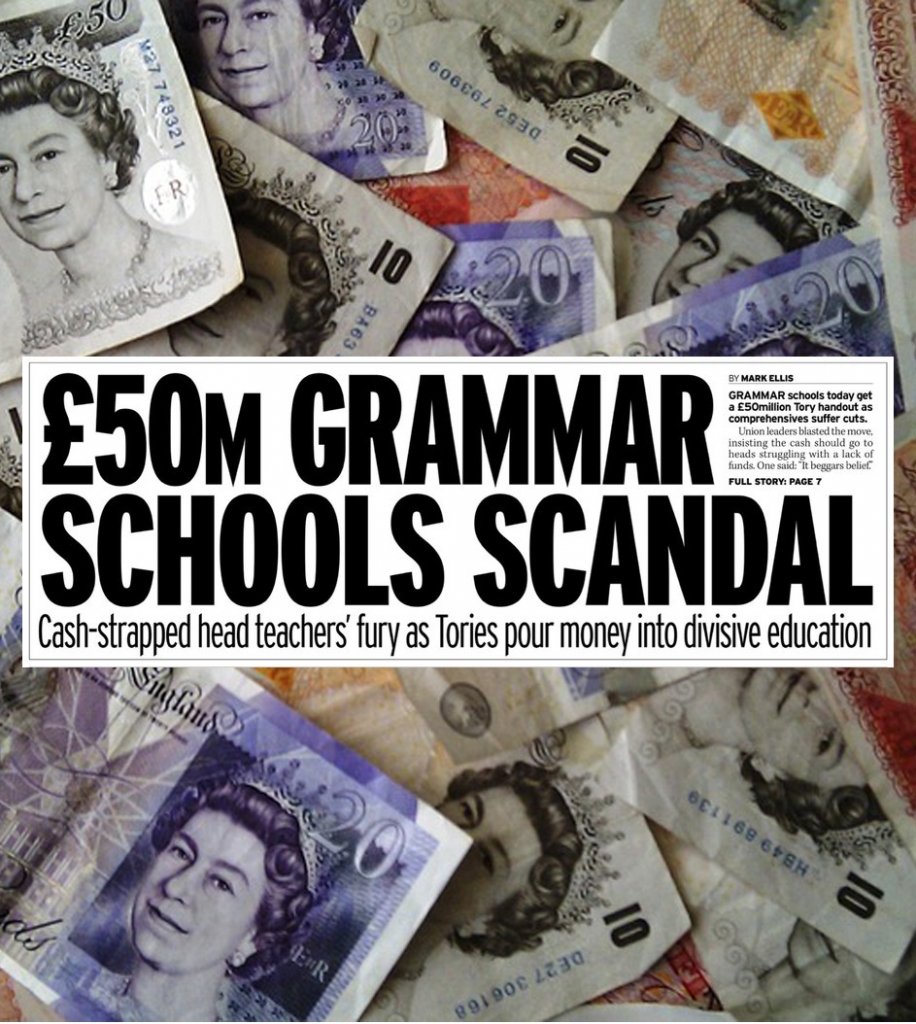 The Department for Education has opened bidding for the second round of the £50 million a year Selective School Expansion Fund. In 2018 they funded 16 selective school expansions on condition the schools created plans to boost numbers of poorer pupils, but instead of seeking evidence that these plans actually work, more selective places will be created this year.

“It is quite wrong to persist with this policy when there is no proof that it will even work; there is no evidence to show that throwing money at grammar schools means a higher proportion of disadvantaged pupils will gain places.

“We learned through a Freedom of Information request that more than 16,000 pupils sat the ‘Kent Test’ last year, yet only 206 children on free school meals achieved a pass score in the test. Even if every grammar school in Kent offers ‘priority admission,’ this still means just six free school meals children in each of the county’s 32 grammar schools. It’s hardly surprising that local authorities and schools avoid publishing such embarrassing figures. We believe no further funding should be awarded to grammar schools until the full facts about 11-plus pass rates for poorer pupils are made public.

“It’s sad that this unfair expansion policy distracts everyone from a far more important issue: the fundamentally unfair principle of making children of 10 sit a test which everyone knows is unjust. It is a test which favours those who have been heavily tutored, at considerable cost, to master the kind of vocabulary and specialized thinking skills which are not part of the primary school curriculum.

“The 11-plus is inaccurate, it is biased towards wealthier pupils, and there is absolutely no need for it in a modern education system. The highest performing countries worldwide teach children in non-selective, all ability comprehensive schools. It’s depressing that this Conservative government is so keen to push a school system introduced in 1944 and long ago exposed as outdated and unjust.”

Dr. Burgess said, “We should support schools that work for every child instead of giving a boost to schools which divide communities. We should ask ourselves why we still think it’s acceptable that in some areas children of 10 are made to feel ‘failures’ if they do not win the lottery of a grammar school place. And we should be looking forward to creating an education system fit for the future. It is every child’s human right, whatever their academic ‘ability’, to be educated in a well-funded, properly-resourced local school.”