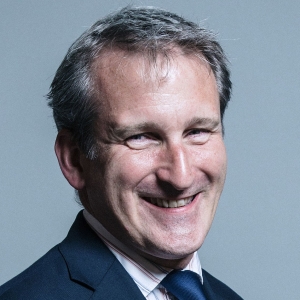 Damian Hinds announced in an interview at the weekend that selective schools have his ‘enthusiastic’ backing to expand, suggesting that funding might be made available for new selective school places. This was the first time Hinds has spoken about selective education policy since his appointment as Education Secretary on January 8th.

Melissa Benn, chair of Comprehensive Future said, “It is disappointing to hear that Damian Hinds is keen to expand ‘good school places’ for the few, while reducing the educational chances of the many. It’s hard not to despair at politicians returning over and over again to failed policies.”

The Education Policy Institute carried out research into the effects of grammar school expansion in areas that already operate selection. It concluded that, ‘Expanding grammar school places in areas like Kent, Medway, Thurruck and much of Buckinghamshire and Lincolnshire would come with a significant risk of reducing attainment in other non-selective schools, particularly for more disadvantaged children.’

Jo Hutchison of Education Policy Institute said, “Expanding existing grammars is the highest-risk form of expansion in terms of harm to children who don’t get in, and dwindling benefits to those who do. A concentration of selective places within an area is clearly associated with educational losses.”

Comprehensive Future has discovered, through a Freedom of Information request,  that over the last year three grammar schools have approached the Department for Education to discuss building an ‘annexe’ on a separate site from the existing school. The Weald of Kent grammar school in Tonbridge controversially created a new school building in Sevenoaks ten miles from its original site, with many people calling this, ‘the first new grammar school in 50 years.’ The ‘annexe’ school opened in September 2017 and now admits 120 pupils each year, effectively operating as a standalone school.

Melissa Benn said, “The opening of annexes is clearly a backdoor route to new grammar schools and all about avoiding existing laws. We know that expanding selection changes the education landscape of communities and creates more of a  secondary modern effect in surrounding schools. The government should listen to evidence and build good new schools that work for everyone. The grammar school obsession is all about pleasing a certain sort of voter and not about sensible education policy.”