Damian Hinds needs to consider the human cost of selection 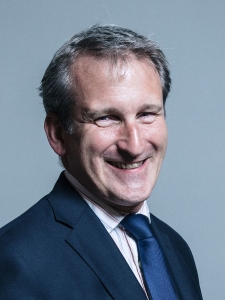 Comprehensive Future has sent Damian Hinds a letter inviting him to meet parents to discuss the problems of 11-plus selection. The letter asks Hinds to listen to, ‘the voices which are often overlooked in this debate: the many parents and children in selective areas who would prefer a comprehensive system.’

The letter talks about the human cost of selection, from the pressure and stress of intensive tutoring for the test, to poor school choice, and the social stigma of failing the 11-plus. Hinds was sent a pamphlet ‘Parents stories from selective areas in England’ which powerfully illustrates the problems faced by parents and children in grammar school areas.

In the publication, a Trafford mother says this about the selective system, “No child should be put through this to get a good education, and no child should be labeled a failure at ten or eleven-years-old. I do not believe that the annual misery inflicted on the majority of the children who take the 11-plus is worth the advantage for the lucky few.”

A Bucks parent describes the test leading to division and bullying, “One successful child said to another who had failed, ‘I’ll go to a better school and university and get a better job and drive a better car than you.’ And there were still eight months of year six to enjoy together.”

A Kent father talks about the pressures of the test, “A few nights before the test I had looked at the search history on her internet tablet. The last search read, ‘How to cope when you’re panicking about something.’ She’s a ten-year-old!”

Melissa Benn, chair of Comprehensive Future said, “There is overwhelming evidence that selective education fails to improve results, creates inequality in communities, and causes particular problems for disadvantaged pupils. We thought Damian Hinds should also be made aware that many parents simply hate the system! It leads to tears, stress, and money wasted on tutors. Why would anyone choose this instead of good local schools for all?”

“Hinds should look at the success of comprehensive education in his own Hampshire constituency. We need high-quality schools for everyone, not division and an old-fashioned 11-plus. The secretary of state is on record as saying he doesn’t want a grammar school in his own town – so we hope he’ll listen to parents who want comprehensive education but are forced to live with grammar school and secondary modern education.”

A comparison of education in comprehensive Hampshire and selective Buckinghamshire, as detailed in the Guardian, shows that results are no better in the selective county, and worse by many measures. We believe that selection produces no better educational outcomes but means much poorer wellbeing for children.

The letter in full:

We are delighted that that Government has made it clear that it has no plans to overturn the ban on new grammar schools. However, we were very concerned to read the view of the Grammar Schools Heads Association that “there are a number of schools that are looking at annex development and it may well be that Hinds is more sympathetic to that type of expansion. I would hope he would be more sympathetic.”

As you will know, selection damages local schools and increases social segregation in our communities. No modern education system should sort our children out into winners or losers at such a young age; this system inevitably leaves poorer children far behind.

You will have seen the detailed submissions to the 2016 “Schools That Work For Everyone” consultation. These itemise the overwhelming evidence that selective education simply does not work. However, we would like to draw your attention to the voices which are often overlooked in this debate: the many parents and children in selective areas who would prefer a comprehensive system.

You said in 2012, “I would not want selection to come back to the town I live, for example; there are two outstanding secondary schools, and it would be divisive were one to be a secondary modern and the other a grammar.”

Many parents are forced to accept this unwelcome education divide in their towns. They want selection to end so that outstanding local schools are open to all children without any need for an unreliable and damaging 11-plus test.

We enclose a pamphlet ‘Parents stories from selective areas in England’ which shares their stories and shows the human cost of selection:

• Families on low incomes feeling pressured to hire 11-plus tutors.
• The heartbreak of children who feel that they’ve let their families down when they fail the 11-plus.
• The troubles of secondary modern schools, with teacher shortages and a lack of ‘stretch’ for pupils.
• Poor school choice caused by local schools requiring a test pass or faith.
• Bullying and self-esteem issues caused by the 11-plus.
• The stress of a high-stakes test.
• The unfairness of 11-plus school admissions being influenced by expensive tuition.

These families strongly support our call for selective education to be phased out with a plan to open up grammar schools to all local children. We believe every secondary school pupil deserves a high quality academic education, and the best way to ensure this is to offer comprehensive education to all.

We hope that you will read this booklet and consider the points the parents make. We would be delighted to facilitate a meeting with the parents if you would like to discuss these matters with them face-to-face.