The father of the 11-plus: the sorry tale of Cyril Burt 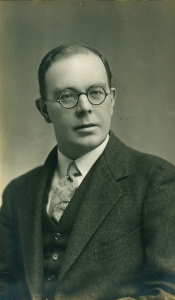 Why on earth do we still have the 11-plus?  An education system, which splits children up when they are so young and brands three-quarters of them as failures should have no place in a civilised society.  Yet it still persists.  Each year thousands of children in England take the 11-plus or its equivalent.

The sorry tale of how we got into this miserable mess should be better known. It concerns an educational psychologist who was too arrogant to admit that he might be wrong.  His name was Cyril Burt and, during the last century, he was recognised as the major British authority on the intelligence of children.

Burt believed that intelligence was innate.  Early in his career, in 1909, he noticed that upper-class children in private preparatory schools did better in IQ tests than children in ordinary elementary schools.  His conclusion, which now seems laughable, was that the difference had little to do with a privileged upbringing, a better-resourced school or diligent coaching. Burt believed that rich children scored better than poor children because intelligence was inherited and those rich children in private schools had cleverer parents than the poorer children in the elementary schools.

He strived to prove this theory by studying identical twins who had been separated at birth and brought up in different conditions.  In a series of much-quoted articles he reported that external circumstances were irrelevant.  Even after living apart, identical twins scored the same as each other in IQ tests.

Burt insisted that this inherited intelligence was fixed and unchangeable. An IQ test taken early in life would reveal which children were bright and which were less intelligent.  There was no point in trying to raise the performance of 10 or 11 year olds who did badly in IQ tests because their score would stay much the same throughout their lives.

Burt’s influence was enormous. He was called the father of educational psychology and he certainly fathered the 11-plus.  He developed and publicised the IQ tests on which it was based and he was a consultant to the Committees that designed the examination.  The system of academic selection which still blights the English education system was based on the theories of Burt and the psychologists who followed his lead.

So, whatever the many objections to an education system based on selection – and in the 1950s the Labour Party even described the 11plus as ‘evil’ –  supporters of selection could believe that it was founded on good research undertaken by one of the best known scientists of his generation.  After all, Burt had received a host of awards and had been knighted for the brilliance of his work.

But then came the scandal which should have changed everything.  Burt lived to a ripe old age but, soon after he died in 1971, academics re-examined his work.  To a few sceptics, Burt’s research had always looked a little too neat to carry conviction and, when other researchers found it difficult to replicate his results, the suspicions multiplied.

Burt claimed to have compared the IQ scores of 53 pairs of separated twins, but separated twins are a rarity and other researchers had failed to find half that number.  Burt’s articles reported that the IQ scores of these separated twins were not just close but sometimes identical, which seemed farfetched.  Burt also failed to explain how he managed to get hold of some of the material used in his later research.  More bizarre, two research assistants named in his articles could not be traced and the Sunday Times alleged that Burt had made them up to give greater credence to his work.

Psychologists took sides.  Was Burt really a great man or just a fraud?  While the controversy was splitting the profession, Leslie Hearnshaw, one of Burt’s closest friends, was working on Burt’s biography.  Hearnshaw said that he expected his research to vindicate Burt.  However, after examining the evidence, Hearnshaw sadly concluded that the allegations against Burt were largely correct.

From time to time the evidence is reviewed in some new book or article but the accusations of fraud have never gone away.  The American psychologist, Leon Kamin, who first exposed the flaws in Burt’s research, is resolute in his judgement:

‘The numbers left behind by Professor Burt are simply not worthy of our current scientific attention.’

A telling comment came from Hans Eysenck, Burt’s most famous pupil and a great supporter of inheritance theory.  In an attempt to rehabilitate Burt’s reputation, Eysenck declared that Burt was not guilty of fraud; he was just careless in his research.  Eysenck might have realised that labelling an academic as careless would devalue his work almost as quickly as calling him a fraud.

Either way – fraudulent or careless – it is clear that the scientific basis for the educational system which Burt did so much to create is totally unreliable.  Moreover, neuroscience has contradicted most of Burt’s theory.  Intelligence is not frozen at birth.   The brain is plastic and continues to develop well beyond the age of 11.  An IQ test taken at a young age is a poor predictor of a person’s performance in later life.

Recently Rob Newman, the stand-up comedian, made some unkind remarks about Burt in his stage act.  The reaction of the prestigious New Scientist magazine is significant.  Burt was called ‘a largely forgotten psychology professor’ and it suggested that in future Newman should pick on someone his own size.

The truth is that Burt’s reputation has long gone and, with it, the scientific basis for selection.

What is now needed is for the Government to dump the 11-plus and the rest of the nonsense which Burt managed to promulgate and base the English education system on good science and civilised standards.