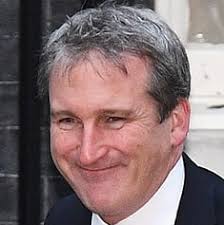 The government has today chosen to defy the widespread evidence on the harm that selective schools do to the educational chances of most disadvantaged children in its belated response to its Schools that Work for Everyone consultation. Announcing a £50 million fund to expand selective places, it hopes to distract from the real impact of the plan with its ‘fig leaf’ proposal that grammar schools prioritise entry for a few more disadvantaged pupils.

Grammar schools have been widely criticized for admitting a tiny number of pupils from poorer backgrounds. Just 3% of children in selective schools are eligible for free school meals, compared to 17% in surrounding schools. Around 12% of grammar school pupils previously attended a private primary school, adding to evidence that wealthier families claim selective school places.

Melissa Benn, chair of Comprehensive Future , said, “ Asking grammar schools to find ways to take in a few more children from poorer backgrounds will not alter the well-established fact that selection harms the educational and life chances of most disadvantaged children. It divides communities and harms the self-esteem of the majority of children who are rejected by a test often taken as young as 10.’

Around 60% of England’s 163 grammar schools already have admission criteria to prioritise entry for disadvantaged pupils, yet this has not significantly increased the proportions of pupils from poorer backgrounds admitted to selective schools. In Kent, the county with the largest number of pupils sitting the 11-plus test, just 6% of children achieving an 11-plus pass mark are from disadvantaged backgrounds. If poorer children do not pass the test they can not be admitted to the county’s 32 grammar schools.

Melissa Benn said, “We can already see from those grammar schools that have admission priority for poorer pupils that it is making virtually no difference. This is essentially a fig leaf of a proposal, designed to distract from the real impact of expansion. The issue is that few pupils from poorer backgrounds pass the 11-plus test, partly because wealthier families spend vast sums on tuition.”

“ The plan is also a waste of resources in a time of huge pressure on educational budgets. All the national and international evidence shows that children of all talents and levels of attainment can thrive in well-resourced comprehensive schools. And yet our government chooses to spend an extra £50 million on schools that shut out most local children, while giving nothing extra to schools who educate everyone.’