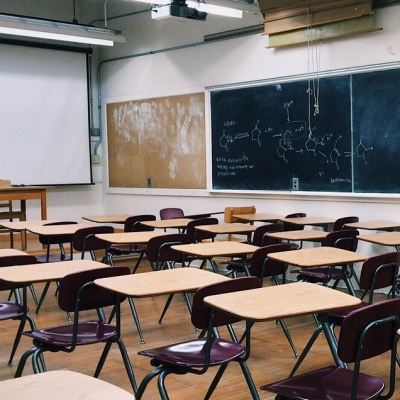 Comprehensive Future has discovered that grammar schools are benefitting disproportionately from a Condition Improvement Fund  – a budget designed to carry out essential repair and maintenance of school buildings but in rare circumstances used for funding school expansion projects.

Melissa Benn, chair of Comprehensive Future, said, “It is not right that essential money from a fund predominantly designed to support essential repairs in our schools has been used to expand selective education in this sneaky way. Thousands of schools, many in desperate need of repair and refurbishment get turned down for repair work while it appears that a handful of grammar schools have been given significant cash for large scale building works.’

More than 3,800 schools applied to the Condition Improvement fund last year, with 1435 of these projects successfully receiving funding. The vast majority of the projects were for essential work including 608 roofing repairs, 204 window replacements, and 226 projects involving boilers and heating.

Melissa Benn said, “More than 2,200 projects were turned down for funding from the Condition Improvement Fund last year, many with a clear and urgent need for essential repair and refurbishment.  Instead, government has handed grammar schools millions to build new science blocks, sports halls, and sixth form centres.Given that there are only 163 grammar schools in the country it makes no sense that more expansion works were approved in grammar schools than in comprehensive schools.’

‘We already know that the government plans to hand grammar schools £50 million for further expansion in the coming year alone but it now appears that it has been using the Condition Improvement Fund for similar means. The way this fund has been used is secretive and undemocratic.’

‘ The Conservative government’s obsession with grammar schools, despite the now overwhelming evidence that selective schools damage the education of most children and add no real benefit even to those who go to them, suggests that they care more about the minority of children who pass the 11-plus than the majority attending comprehensive schools.”

Comprehensive Future has submitted a Freedom of Information request to the Department for Education to find out how much of the Condition Improvement Fund has been awarded to grammar schools and other secondary school expansion projects. 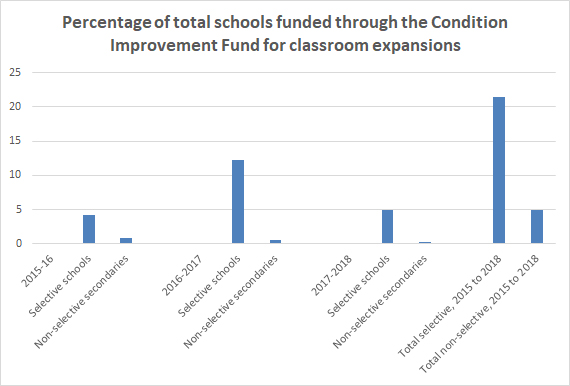 Comprehensive Future has recently launched a crowdfunding campaign aimed at fighting grammar school expansion and campaign to end the 11-plus. To learn more or support the campaign click here.