Guernsey campaigners celebrate the end of the 11-plus 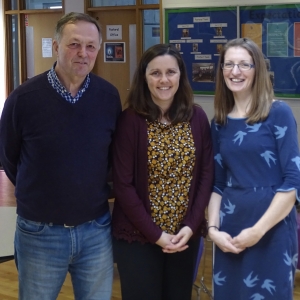 Guernsey primary school pupils are awaiting the results of the island’s final 11-plus. Next year there will be no selection test and secondary schools will admit pupils of all abilities.

The British Crown dependency has operated a selective system in miniature for decades. There are just four secondary schools; one grammar school and three high schools. The grammar school was established in 1883, but many feel that a modern education system is more important than nostalgia for this historic institution.

Deputy Brehaut spoke about this in a key debate, saying, “Please Members, do not allow your blue-remembered hills of yesteryear and your backlit soft-focus algebra moments, and your time in a special institution, to cast a cloud on the progress of learners today, here and now.”

The movement to end selection has involved many education professionals. Guernsey primary heads wrote an open letter calling for an end to the 11-plus, politicians with an education background argued the case, and the National Education Union provided compelling evidence of the benefits of comprehensive education.

The W.I.S.E (Working for Inclusive Secondary Education) campaigners have been fighting for a change for many years. Further Education teacher, Charlie Towers, said, “I’m so unbelievably happy that no more Guernsey children will have to face disappointment, and face being split from friends for a ridiculous five years. I still see the impact it’s had on the young people I teach. Guernsey finally joins the 21st Century!”

He shared this advice for campaigners in England, “Never give up! You know that the system does not work, convince others by using evidence, by being reasonable, by taking the abuse, by checking facts, by arguing politely, and by not allowing yourselves to be railroaded or sidelined. A determined group of people can make a difference, selection is not set in stone and eventually, logic and fairness will prevail.”

Connie Armstrong from W.I.S.E said, “I’m delighted that the 11-plus  has finally been stopped. I’m very new to the campaign and it owes its success to a group of campaigners who have been at this a very long time and never gave up, despite all the overturning of the decisions. I’ve noticed that if you stick to the educational and scientific reasons why selection isn’t needed, that it helps to convince people. If you ask, why do we need the 11-plus then the answers are usually because parents want it, and because we don’t want to lose our grammar school with its amazing results. As soon as you talk about how children learn then people start to get it.”

Cameron Ashplant, an 18-year-old campaigner said, “This is a step towards a more equitable education for the people of Guernsey. I genuinely believe that with the loss of this segregating structure there will mean greater social mobility and social awareness. ”

He said,  “Whilst selection persists it is universally damaging for all children in education. I hope Guernsey’s success in providing greater equality of opportunity can be replicated in England. The arguments from pro-selection campaigners have a tendency to be based on outdated studies, such as those which established the system in the first place. The educational system was supposedly established to provide better opportunity for academic children from less privileged backgrounds. However we now have a society where many more people aspire to jobs which require equal academic training. Also, higher income families pay extensive amounts to ensure their child’s place in grammar school, which means the income of your parents determines your level of education and future career.

“In Guernsey there was a great focus on talking to local politicians to get views and arguments across to them, but also writing columns in the newspaper and using social media were effective in the debate.”

Guernsey’s Assembly voted twice to end the 11-plus. The first debate in March 2016 was won by 26 votes to 20, and should have decided the matter but an election put this decision into jeopardy. A new pro-selection Education Committee put the question to a vote again in December 2016. This time the vote was 21 to 19, so yet again the decision was taken to phase out selection.

The States of Guernsey’s website describes the significant change in simple terms, ‘Admission to secondary education for new Year 7 students from September 2019 will be non-selective.’

The restructuring of Guernsey’s schools is still causing heated debate, with politicians unsure whether they should establish two 11-18 schools, or three 11-16 schools and a sixth form college. But whichever school structure is adopted there will be no 11-plus test, and these schools will be all-ability comprehensives.

Melissa Benn, chair of Comprehensive Future, said, “The lesson from Guernsey is that principled politicians shouldn’t fear phasing out selection.  The campaign put selection under the spotlight, and of course then it becomes clear that it doesn’t work.  Guernsey took a bold move for a better future, while we still have counties like Kent, Buckinghamshire and Lincolnshire persisting with an old and discredited school system. We need education fit for the 21st century, and this small island is more progressive than many areas of England. ”