Local groups demand an end to the 11-plus, as new evidence shows the flaws of selective education 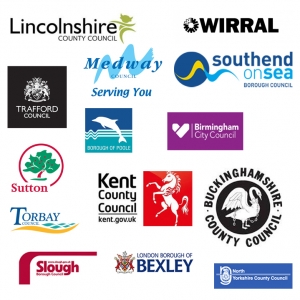 Groups from selective areas have written an open letter calling on their councils to end support for the 11-plus test. The campaigners claim that new research proves selective education is ‘outdated’ and causes ‘a divisive school system.’

Dr.Alan Bainbridge from the Kent Education Network said, “Our council spends £350,000 a year operating Kent’s 11-plus test, but evidence keeps piling up to show their chosen school system doesn’t work. The council simply look away and ignore all the problems.  We know 11-plus tuition buys a better score and a ‘tutor proof’ test is a myth, so why do the council still support a test system? Kent County Council are spending tax payers money on an education system that puts poorer children at a disadvantage.”

Two recent research papers have suggested grammar schools “apparent success” is only a reflection of the wealthy and academically able pupils they select. Research by Prof Stephen Gorard of the University of Durham, looking at 550,000 pupils, showed that grammar school pupils would achieve equivalent results in all-ability schools. Gorard said, “Grammar schools endanger social cohesion for no clear improvement in overall results.”

Rebecca Hickman of Buckinghamshire campaign group Local Equal Excellent said, “This new research shows that we are dividing our children and causing social segregation for no educational benefit. The 11-plus has simply become a mechanism for reproducing some families’ social and economic advantages. Buckinghamshire County Council have to stop ignoring the mountain of evidence that the 11-plus is not only unjust and unnecessary but also emotionally, socially and educationally damaging for so many of our children.”

The letter in full:

We represent local groups from areas that still use an outdated 11-plus education system.

Three influential new research papers this week have highlighted serious problems with grammar schools. One study has unveiled fresh evidence that 11-plus test tuition rigs grammar school admission in favour of those who pay for coaching.

A system of education that hands school places to the wealthy and disadvantages the poor is corrupt. The research is clear, yet we have complete silence from the local authorities who continue to enable the 11-plus test.

The 11-plus school system was established in 1944, and most local authorities phased it out over half a century ago. Those areas that still operate selective school systems ignore the mass of evidence, encourage thousands of parents to spend their money on coaching, and pretend no ten year olds cry on 11-plus results day.

Our councils are responsible for unwarranted stress and misery amongst our children, and for a divisive school system that damages social cohesion. We urge every local authority that props up the 11-plus to review their role in the light of the unarguable evidence, and to cease supporting these damaging tests.

The letter was sent to councillors and MPs in local authorities in which 25% or more of secondary school places are in state-funded selective schools. Bexley, Buckinghamshire, Kent, Lincolnshire, Medway, Poole, Slough, Southend-on-Sea, Sutton, Torbay, Trafford and Wirral.

Jerrim, J, and Sims, S. 2018. Why so few low and middle-income children attend a grammar school? New evidence from the Millennium Cohort Study.