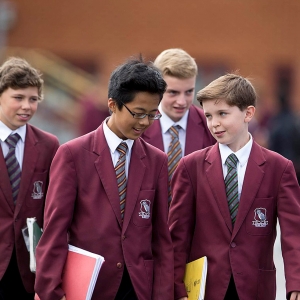 Thirty grammar schools are currently preparing bids for the government’s £50 million Selective School Expansion Fund, and half  of the schools do not appear to be meeting the requirement to offer ‘“ambitious and deliverable” proposals to increase school places for disadvantaged pupils.

The schools involved must submit their bids to the Department for Education by August 2nd and are currently ‘consulting’ on their expansion plans.  It is clear, from published material issued by the schools, that many schools are not making admission changes that will significantly increase access for poorer children.

Melissa Benn, chair of Comprehensive Future, said, “The government is clearly embarrassed by the poor track record of grammar schools in terms of admitting disadvantaged pupils. It is trying to justify spending £50 million on expanding selection – with potentially more on offer later on – by claiming that these schools will adjust their intake. Yet most of these plans will not alter a thing. The government has set no targets for improvement and the schools are simply paying lip service to the idea of helping poorer families in order to win the bids. ‘Outreach work’ in primary schools is sufficiently vague a concept that no-one can check on its true impact.’

“Even if these schools do manage to admit a few more pupils from poorer backgrounds, it does not legitimise a selective system. We know that high attaining pupils can succeed just as well in comprehensive schools so it makes no sense to divide pupils between grammar schools and secondary moderns at age eleven.”

There are already a number of local campaigns fighting the expansion plans, Rebecca Hickman of Bucks group Local Equal Excellent said, “We keep hearing that disadvantaged children are being prioritised by grammar schools. But the truth is grammar schools are just waving admissions policies at the government that look superficially convincing but make absolutely no difference on the ground. It’s pure window dressing.”

Melissa Benn said, “We know that expanding selection changes the education landscape of communities, and that 11-plus tests make most children feel like failures at 10 years old. We shouldn’t fund the expansion of selection, and token efforts to offer a few new places to disadvantaged pupils doesn’t change the fact that this is a flawed school system. The government should listen to evidence and fund good schools that work for everyone.”