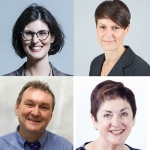 MPs, academics and campaigners have called on the Education Select Committee to hold an inquiry into school admissions.

An open letter supporting the plan was published in the Observer on Sunday, with signatures from 40 individuals and organisations. The letter was coordinated by Comprehensive Future and the National Secular Society, who campaign against academic and faith based selection respectively.

The signatories included Kevin Courtney and Mary Bousted of the National Education Union; the Director of the UCL Institute of Education Professor Becky Francis; politicians Layla Moran, Caroline Lucas and David Lammy; and leading academics Professor Danny Dorling of Oxford University and Professors Anna Vignoles and Diane Reay of the University of Cambridge.

Comprehensive Future’s Chair, Dr. Nuala Burgess said: “We found overwhelming support for a review of school admissions. The way we admit pupils to schools has had no proper review for years. In the meantime, there’s been massive changes to the school landscape. 70% of our secondary schools are now academies – these schools manage their own admissions, and with little oversight. In addition, the planned award of £50 million a year for grammar school expansion demonstrates the Government’s continuing support for the use of the discredited 11-plus for admissions.

“This is in spite of all the evidence which shows the 11-plus is unreliable and biased against poorer children. The 11-plus test is a grossly unfair way to determine admissions for any school.”

Stephen Evans, Chief Executive of the National Secular Society, said: “Recent policy on school admissions has entrenched religious division and privilege in the school admissions system. As a result children are increasingly segregated by their parents’ faith, while families who do not want to send their children to faith schools are left unable to find suitable school places.

“And the government’s approval for a wave of new 100% selective faith schools threatens to make this worse. An inquiry would help to address the discrimination and unfairness that faith-based admissions have caused in the education system.”

Kevin Courtney, joint General Secretary of the National Education Union, said, “The increase in the number of places in academies, grammar schools and free schools has made school admissions increasingly more complex, controversial and unfair. The solution would be to return the control of school place planning and school admissions criteria to local authorities. Parents could then be more confident that their child will get a place at the school of their choice and that local schools’ admissions policies are applied fairly and consistently for all pupils.”

Professor Stephen Gorard of Durham University is another of the signatories, and said: “The school mix is one of the simplest and most powerful levers for educational improvement under the direct control of policy-makers. It should be the responsibility of ministers to ensure that no one is further disadvantaged by where they live or go to school in our national compulsory state-funded system. Making the mix of school intakes more balanced, in terms of pupil prior disadvantage and learning challenges, would be a great step forward. Overwhelming evidence suggests that there would be immediate advantages in terms of educational outcomes, social cohesion and ‘softer’ factors such as aspiration.”

Dr. Burgess said: “Our school admissions system is complicated, fragmented and often unjust. Local authorities have been stripped of crucial powers of oversight, making it hard to advise parents or to plan for local school need. The way in which pupils are offered places at different schools goes to the heart of how our school system works, and how fair it is for all our children. We hope the Education Select Committee will undertake an inquiry on this vital question, and make some clear proposals for reform.”

When Theresa May came to power in 2017, she pledged to review our increasingly complex and fragmented school admissions system.

Such an inquiry is long overdue, following significant changes to our school landscape over the last decade. Over 70% of secondary schools now act as their own admissions authority and local authorities have little say in how pupils are admitted to schools in their area. In addition, recent policy initiatives point the way to increasing numbers of pupils being selected for grammar and faith schools.

School admissions lie at the very heart of our school system, and how fair such a system is perceived to be. Arrangements should be transparent, just, and easily understandable to all families.

We therefore call upon the Education Select Committee, as a matter of urgency, to set up an inquiry into school admissions.

Rev Stephen Terry, Chair of the Accord Coalition for Inclusive Education

Loic Menzies, Chief Executive of the Education and youth ‘think and action-tank’ LKMco

Professor Anna Vignoles, Professor of Education and Director of Research, University of Cambridge

Richard Wilkinson, Professor Emeritus of Social Epidemiology at the University of Nottingham

Peter Prior, Excellent Education for Everyone