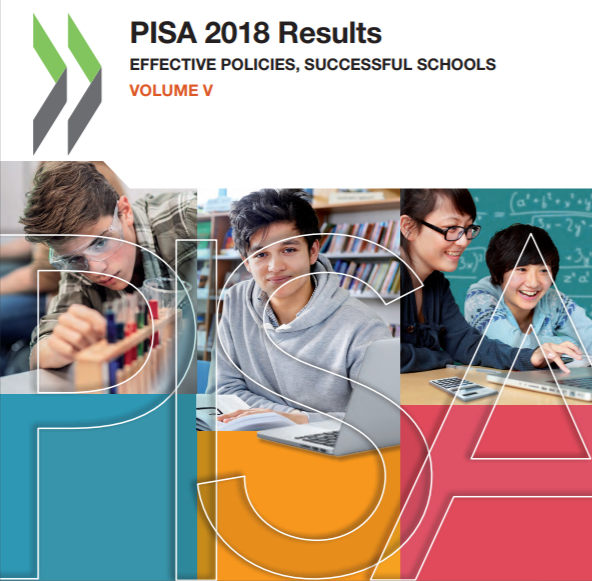 A new OECD PISA report, “Effective Policies, Successful Schools”,  analyses schools and school systems and their relationship with education outcomes. A chapter of the report reviews, ‘sorting and selecting students between and within schools’ looking at how these policies relate to student outcomes and equity.

The report  warns of the dangers of sorting pupils into different educational pathways, pointing out that research shows this can, ‘have unintended consequences, especially for socio-economically disadvantaged students, because sorting and grouping processes tend to be socio-economically, not just academically, selective.’

The report did find a small results boost within academically selective schools, but as has been found many times before, the overall impact on school systems is negative. PISA points out, ‘At the system level, across OECD countries, the prevalence of academic selectivity was correlated with less equity in reading performance, even after accounting for per capita GDP. In addition, between PISA 2009 and PISA 2018, equity in education tended to improve in OECD countries where the prevalence of academic selectivity decreased.’

The study highlights the many, varied, school structures around the world. In 13 countries all 15-year-olds follow the same educational programme, but in most countries there are three or four different programmes by this age. It seems that 15 is a common age to offer an ‘upper secondary’ education, similar to the UK’s post-16 programmes. PISA  found that in 31 education systems, students are first selected for differentiated programmes at 15 years old. In 19 education systems, the age at first selection is 16 years, while in 8 education systems it is 14 years; and in 15 systems, the age at first selection is 13 years. Countries that select students at the youngest age are Austria, Germany and Hungary (10 years), and the Czech Republic,the Slovak Republic and Turkey (11 years.)

The report looked at school admission criteria, including which countries use academic performance for school entry, including using a test. Not surprisingly academic performance is more commonly considered at a later stage of schooling. On average across OECD countries, 66% of students in ‘upper secondary’ schools (commonly 15 years old) were enrolled in academically selective schools, with 38% of students in lower secondary schools (commonly 11 years old) enrolled in such schools.

The PISA report considered how academic selectivity in schools correlates to less equity in school systems. It states, ‘OECD countries with fewer academically selective schools generally showed greater equity in student performance. Across OECD countries, the percentage of students in schools that never consider students’ record of academic performance for admission was positively correlated with equity in reading performance, before and after accounting for per capita GDP. Furthermore, across OECD countries, changes between 2009 and 2018 in the percentage of students attending a school where admission is never based on the student’s record of academic performance were positively correlated with changes in equity in reading.  This means that equity in education tended to improve in countries where the prevalence of academic selectivity decreased.’

The PISA findings will not be surprising to anyone who follows the selection debate closely, there is a weight of evidence that academic selection, particularly at a young age, does not create an equitable or high performing school system. Read the report in full HERE.