No one polices the 11-plus 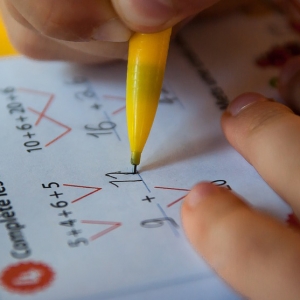 The Department for Education and the Office of the School Adjudicator both deny responsibility for monitoring the 11 plus test.  Neither body oversees grammar school admissions to ensure they are equitable and transparent, with both saying it is not up to them to check the many different grammar school tests sat by thousands of 10-year olds every year.

When Comprehensive Future queried who was responsible for scrutinising the 11 plus, the DfE responded, ‘Anyone can object to a school’s admission policy if they consider it to be unlawful by lodging an objection with the Schools Adjudicator.’ However, the Schools Adjudicator has denied that they are responsible, claiming they have ‘no remit in relation to 11-plus tests themselves, as distinct from the question of whether the admission arrangements of a particular grammar school which uses a particular 11-plus test are, or are not, in conformity with the Admissions Code.’

Dr Nuala Burgess, Chair of Comprehensive Future, states that “The lack of scrutiny of the 11 plus is deeply worrying.  Grammar schools’ entry processes are secretive and opaque but the DfE’s response to our concerns is to say that anyone can raise objections to a school’s admissions process. We don’t feel this is good enough. The DfE are effectively leaving it to parents to develop the necessary expertise to be able to challenge a host of anomalies and inconsistencies which exist in all the different 11 plus tests out there. It shouldn’t be up to parents to fix all the problems with a test sat by an estimated 100,000 10 years-olds every year.

“We have uncovered evidence of a gender bias in the pass rates of some of the 11 plus tests, and a lack of standardisation which discriminates against younger pupils in others. We have also been told of incidents of test questions being leaked to tutors, and of a systematic failure among schools to verify the identities of pupils taking the test.

“A parent has given us their first-hand account of what happened when they lodged an objection with the Essex 11-plus after discovering that a grammar school wasn’t standardising scores to take account of pupils’ ages at the time of sitting the test. The school resorted to employing a statistician in an attempt to show how fair their test was. Our supporter’s battle to prove that this was not case took over a year and entailed extensive studies of test data and detailed evidence to prove the school’s 11 plus pass rates were not being standardised. Eventually, the School Adjudicator agreed the test was unfair and ruled that far too many younger pupils were failing. Although this particular grammar school’s test was corrected, the School Adjudicator insisted that it was not their place to tell other grammar schools they need to age standardise their tests.

“It seems highly likely to us that a large number of grammar school tests are biased against younger pupils – but who has the time to study all the different 11-plus tests to find out which ones are fair and which are not? It seems extraordinary that the DfE is relying on parents to become 11 plus ‘experts’. The assumption appears to be that parents have the time and resources to analyse vast amounts of score data. Either that, or we must assume the DfE doesn’t care about the unfairness which riddles the 11 plus tests, and the lack of an official body to oversee how it is administered.

“There are, too, alarming inconsistencies in the ways in which primary Heads and parents can appeal an 11 plus fail. The appeals processes run by different schools appear to favour certain social groups. We have anecdotal evidence of parents ‘in the know’ chasing diagnoses of dyslexia and other additional needs, in the hope of boosting chances of gaining a grammar school place on appeal. Grammar schools’ admissions are fast becoming a Wild West of opportunism.”

Dr Burgess also points that while the two main test bodies for the 11-plus exam are CEM and GL Assessment, many grammar schools add additional papers, and some even write their own 11 plus test: “The inconsistencies in the different types of 11 plus tests and the ways in which different grammar schools administer their pass rates and appeals processes, suggest there is something wrong with the entire grammar school admissions system. This is only possible because no official body has responsibility for overseeing test admissions.”

She adds, “It seems wrong that every aspect of education, from SATs to Progress 8, to percentages of students progressing to university, are subject to intense scrutiny while a blind eye is turned to all the problems with the 11 plus and grammar school admissions.

“We strongly believe that the administration of the 11 plus test should come under the scrutiny of the Department of Education and that it simply isn’t good enough to rely on parents, or campaigners like Comprehensive Future, to referee the chaos of this outdated test. It was long ago discredited, and it seems ludicrous that we are still having to fight to point out all over again that is wrong with the 11 plus. If this were any other public exam, there would be a public outcry. Those who run the 11 plus are getting away with how unfair it is because they can – nobody is holding them to account. It’s a complete racket.”

Some of the problems we’ve uncovered with 11-plus tests:

Teachers tell us maths tests use algebra questions that are not part of the Year 5 curriculum but use concepts taught in year 6. In many areas the test takes place in the first week of year 6, so this means tutored pupils will have learned these concepts while untutored children will lose marks.

Parents tell us that there are instances of the same 11-plus test being used twice and tutors advising pupils of questions remembered and passed on by children who have already sat the test.

For many years, the Essex 11-plus operated with a bias against summer-born pupils because no one knew how the test was standardised.

Some grammar schools operate a choice of 11-plus tests with different levels of difficulty and parents are unaware that one test is easier than the other.

Grammar schools deploy ‘invented precision’ to standardise scores to two decimal places even though many of the children achieved exactly the same raw mark.

Kent County Council have admitted their knowledge that older brothers and sisters sometimes take tests for younger siblings but have not implemented a system with photo ID.

In order to save money many grammar schools write their own tests, with no exam experts involved.

‘Tutor proof’ tests are impossible when most 11-plus papers use maths and English papers, the results of which can be boosted by expensive one to one tutoring.

Nowhere is the 11-plus test mentioned in the application process for the £50 million a year Selective School Expansion Fund. Grammar schools are setting unrealistic targets in their ‘fair access plans’ because they are not required to check their targets against actual 11-plus pass rates for poorer pupils.

Kent County Council operates the largest 11-plus test, but they have stopped providing campaigners with information on the numbers of disadvantaged pupils, sitting or passing the test.

Kent and Bucks ban state primary schools from 11-plus test practice, but take no action against the many private schools coaching for tests.

Grammar school appeals processes are secretive and unscrutinised, with more than 1,500 pupils who failed to achieve an 11-plus pass gaining admittance to Kent’s 32 grammar schools last year. That averages 46 pupils in each school who did not achieve a qualifying score, while many local pupils of the equivalent standard were not offered an opportunity to claim a selective school place.