How we overcame selection in Guernsey

Tim Langlois writes about the successful campaign to end the 11-plus in Guernsey. 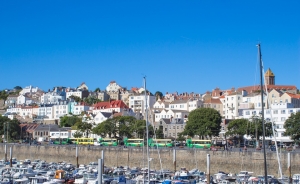 When the 11+ was first voted out by the States of Guernsey on 8th March 2016 there was a feeling of euphoria mixed with relief after two long decades of struggle. However after the general election of 27th April 2016 a large number of pro-selection Deputies got elected, and unfortunately one became the new President of Education. He quickly declared he had a mandate to revisit the whole question of selection again! The feelings of euphoria from March quickly evaporated.

Thankfully on the 2nd December 2016 a second vote by the States of Guernsey reaffirmed the resolution of the previous House, to scrap selection. More recently, a further vote on 19th January 2018 to extend selection past the deadline of September 2019 was heavily defeated.

So can we say the ogre is dead? Have the death throws of selection finally ended? For myself, I will not be able to truly celebrate until I see well educated, well rounded students graduating from excellent all-ability state schools here in Guernsey, which will obviously take a few years yet.

Here’s a few thoughts from the campaign in Guernsey, that might just be useful for campaigns in England.

1) Misinformation among the general public about the 11+ exam was obvious. They still thought it worked and that ‘social mobility’ was a reality. We found plenty of evidence to dispel these myths.

2) Generally people had very little idea about the history of selection. It had always been there and few questioned it. We tried to show it was an outdated school system.

3) The selective process had been high-jacked and private coaching distorted who passed and who failed. Few people think it’s fair if money influences school places, so we pointed this out.

4) Everyone thinks they are experts on education because they ‘went to school’, very few are. It is hard to steer debates beyond personal experience but we tried.

5) We found we needed to manage public consultations very carefully for the reason above. These can quickly backfire if hearts overrule heads.

6) There was a lot of opposition from our Grammar School, but none from its associated High Schools. Grammar teachers, parents, PTA, and some students all wanted to ‘Save our School’. Their reasoning had to be answered calmly and professionally.

7) Teachers, coming forward and explaining that selection was wrong and should go, was absolutely critical. They could explain to parents and politicians the true facts and figures with genuine authority, actually knowing what they were talking about.

8) For teachers to often deny their education authority when coming out against selection, required real bravery on their part. People who felt a conviction to speak up sent a powerful message that this issue mattered.

9) A useful tool that helped us coordinate our efforts was to create a closely monitored Facebook group. It allowed us to converse together openly without fear of opponents eavesdropping.

10) Finally politicians! Vote out as many grey haired old men who reminisce about their school days as possible, and vote in intelligent, articulate women, preferably with school-age children!

I’ve been campaigning to end the 11-plus in Guernsey since 2000, and would like to see this outdated school system ended everywhere. Remember you are not simply changing schools, you are changing the social fabric of your community, that is what makes it so damn hard to do.