There are 19 grammar schools in London and Greater London, located in the following boroughs. 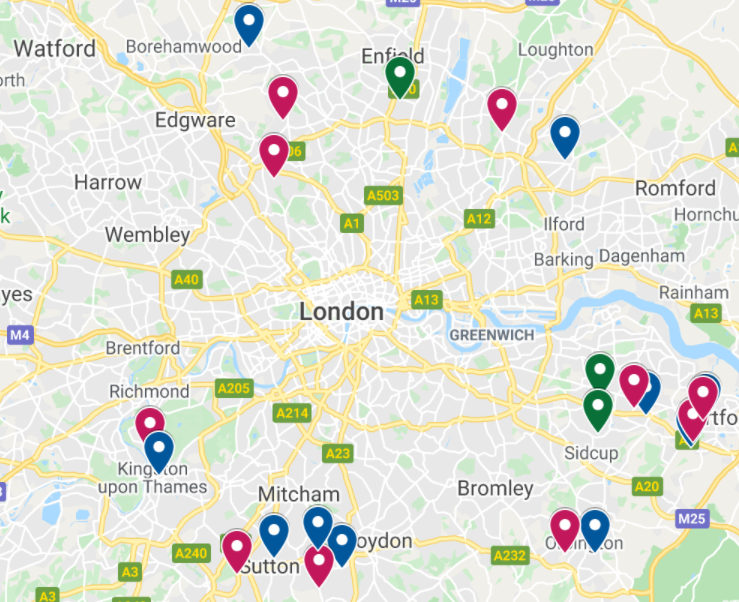 Although there are relatively few grammar schools in London there will be an impact on surrounding schools. 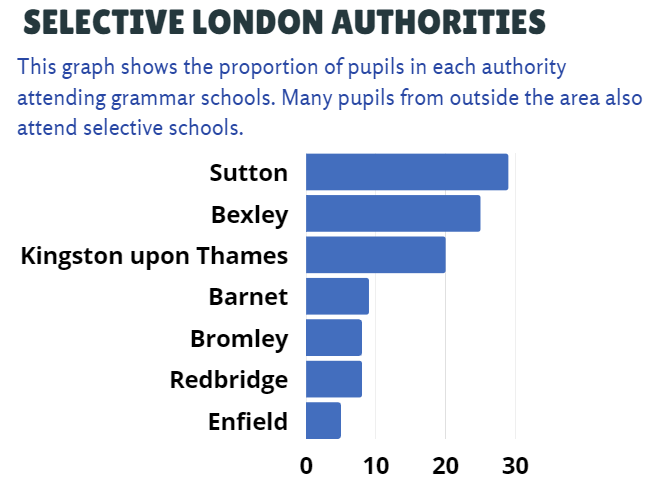 Pupils in London often travel across borough boundaries to attend selective schools, so the impact will be felt in many neighbouring authorities.

England’s primary schools are inclusive schools where children from a diverse range of backgrounds are successfully educated together. In common with many selective schools, London’s grammar schools educate very few disadvantaged pupils. Grammar school pupils tend to come from more comfortably off families who can afford expensive coaching to help them pass the 11-plus. A relatively large proportion of pupils (as high as 21% in some London schools) gain a grammar school place having attended a fee-paying ‘prep’ school. Selective schools in London create social division because children from more affluent backgrounds tend to cluster in these schools, while non-selective schools educate many more children from low-income families. 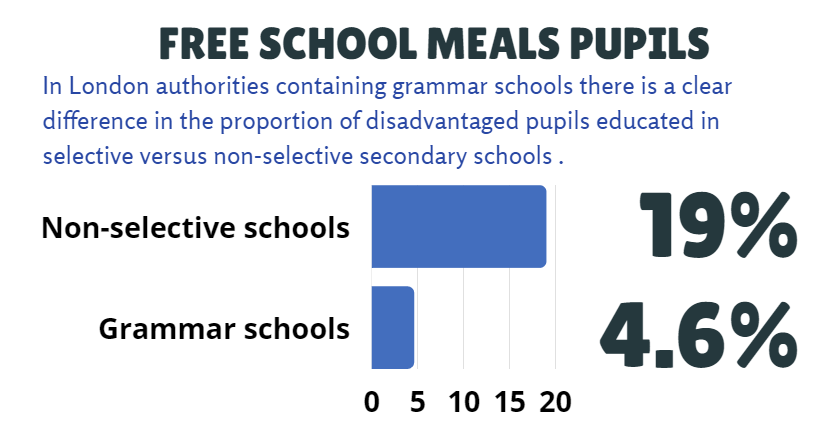 A similar social divide is seen in every secondary school located in a London borough containing selective schools. 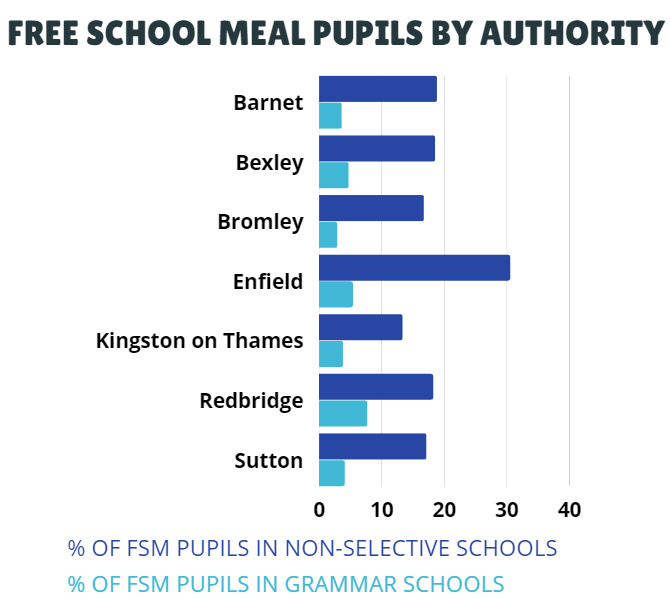 Problems with the 11-plus test

Some London grammar schools are the only selective school in their area. Such schools tend to be highly selective, accepting pupils who pass the 11-plus with only the very highest scores. Schools containing a disproportionate number of high-achieving pupils appear ‘better’ than other schools. The concentration of only higher-achieving pupils tends to boost GCSE and A level results which leads to greater numbers progressing to ‘elite’ universities such as Oxbridge. Although such ‘success’ is engineered through selection, highly selective schools are rewarded with high rankings in league tables. In areas with more grammar schools, such as Sutton or Bexley, a higher proportion of pupils pass the 11-plus and overall grammar school attainment tends to be lower. These selective schools have noticeably less ‘spectacular’ results. 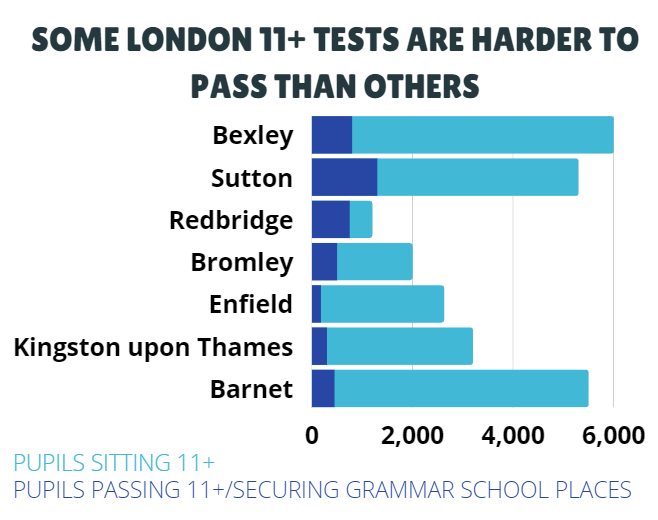 There are almost as many different 11-plus tests as there are London grammar schools. Some groups of schools share a test, such as the Sutton grammars who use the Selective Eligibility Test (SET.) There is little transparency about the 11-plus, with no requirement made of grammar schools to explain why they choose a particular type of test. Some tests give equal weight to English, maths, and IQ style test questions, while others prioritise written work and comprehension. It is quite possible for a child in London to pass one selection test only to fail another. In other words, the idea that there is a ‘grammar school standard’ is a myth. London’s grammar schools have an academic ‘standard’ which varies depending on the school and its area.

As in all selective areas, 11-plus test tuition is common in London, with prices charged by tutors as much as £80 an hour. Some London grammar school Parents Associations profit by selling tickets to ‘mock’ 11-plus tests at a cost of £60 or more per child. This unusual type of fundraising can raise as much as £60,000 a year. Although many schools offer low-cost or free places to disadvantaged pupils in these mock tests, it is questionable whether a state school should profit from its entrance processes in this way.

At 10 years, the age at which most children sit an entrance test, a child is still developing academically. Most people agree that 10 is far too young for a child to take a test which decides her/his future schooling. In London, as in all selective areas, many young children face the additional pressure of tuition for the 11-plus. If the family hopes for a place at a highly selective grammar school, tuition can be demanding and excessive.

The 11-plus is a wholly unnecessary, outdated, and stressful test. Grammar schools are not ‘better’ schools, they simply select higher-attaining children who, all the evidence shows, would perform equally well in comprehensive schools. Comprehensive Future believes it is time to phase out the 11-plus and end selective education.

You can read more information about the format and dates for London grammar school’s 11-plus tests on the individual school websites, there are usually links on local authority websites.

Want to end the 11-plus in London?