There are four grammar schools in Lancashire. The schools are located in Clitheroe, Lancaster and Rossendale.

The percentage of pupils attending grammar schools in Lancashire

Just 5% of pupils in Lancashire attend a grammar school. Although this is a relatively small proportion of pupils, there will be an impact on the pupil population of nearby non-selective schools.

In common with all grammar schools, disadvantaged pupils are underrepresented in Lancashire grammar schools. As a result, the county’s non-selective schools educate a far greater proportion of pupils on free school meals.
Many academics argue that a selective education system risks creating the kind of divisions which go beyond the schools themselves and can affect the wider community more generally. 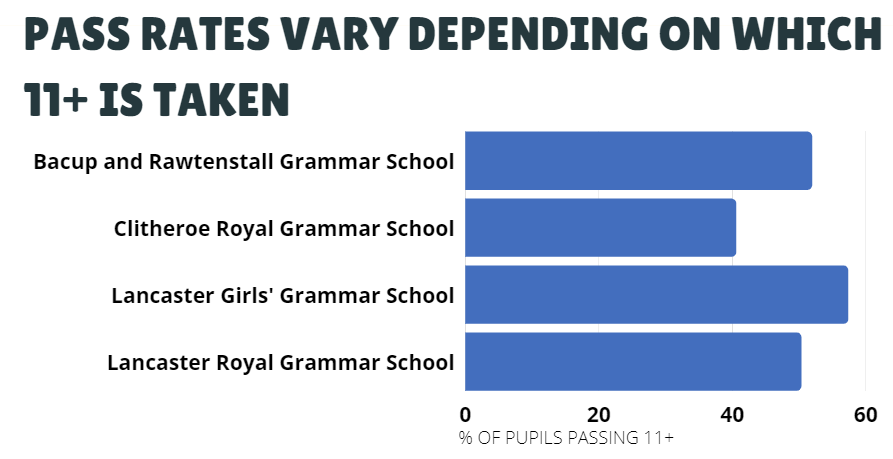 If you want more information about Lancashire grammar schools, including 11-plus test dates, you should visit the individual school’s websites.

Want to end the 11-plus in Lancashire?