The percentage of pupils attending grammar schools in Plymouth

Around 16% of secondary school pupils in Plymouth attend selective schools. Although not as high as in some selective areas, this has an impact on the pupil population in surrounding schools. Plymouth is a disadvantaged area and therefore the damaging effects of selection are exacerbated.

In common with all grammar schools, disadvantaged pupils are underrepresented in Plymouth’s grammars. As a result, the county’s non-selective schools educate a far greater proportion of pupils on free school meals.

Results are poor for disadvantaged pupils in Plymouth 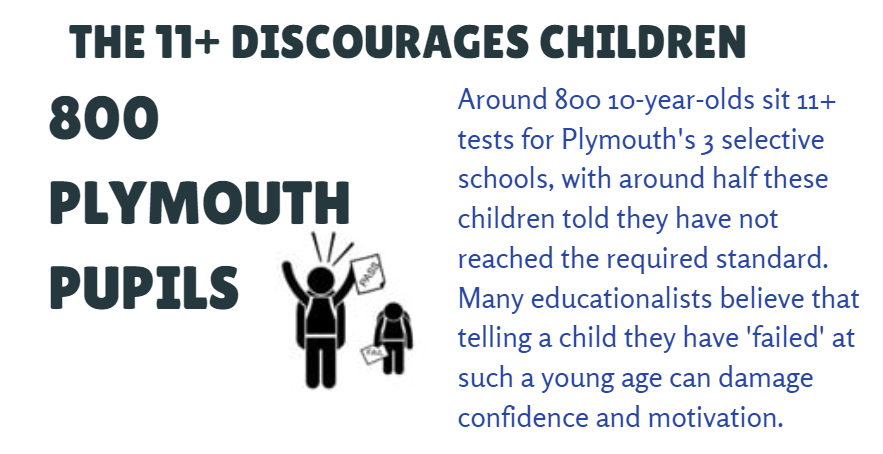 You can find more information about Plymouth grammar schools, including 11-plus test dates, on the Plymouth Council website.

Want to end the 11-plus in Plymouth?