Torbay has three grammar schools which educate a very high proportion of higher attaining students from Torbay itself and the surrounding area.

The percentage of pupils attending grammar schools in Torbay

31% of Torbay’s secondary school pupils attend a grammar school. This is a high proportion and means the impact on the pupil population of surrounding schools is significant.

The Department for Education classes Torbay as a ‘highly selective area.’ Although the DfE acknowledges that selective areas such as Torbay are offering a different type of education than other areas of England, the impact of a local authority educating its pupils in an alternative education system is never scrutinised. The lack of checks and reporting requirements means the full impact of a selective school system cannot be fully understood. There are many aspects of selection which remain shrouded in secrecy.

Results are poor for disadvantaged pupils in Torbay 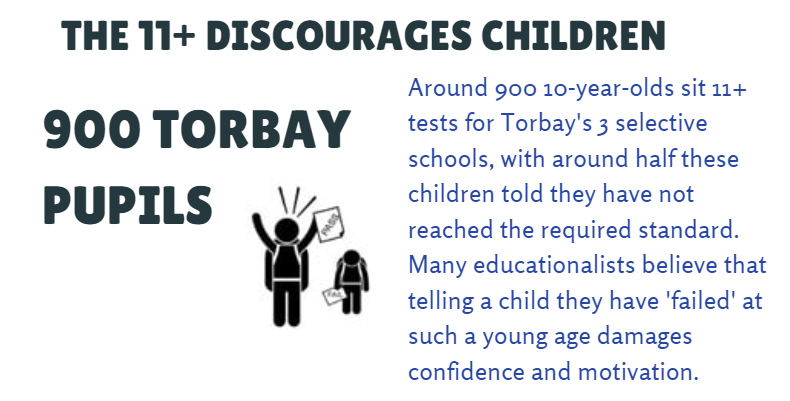 Want to end the 11-plus in Torbay?