The percentage of pupils attending grammar schools in Warwickshire

In common with all grammar schools, disadvantaged pupils are underrepresented in Warwickshire’s grammar schools. As a consequence, non-selective schools located near each of the county’s five grammar schools educate a greater proportion of pupils on free school meals. 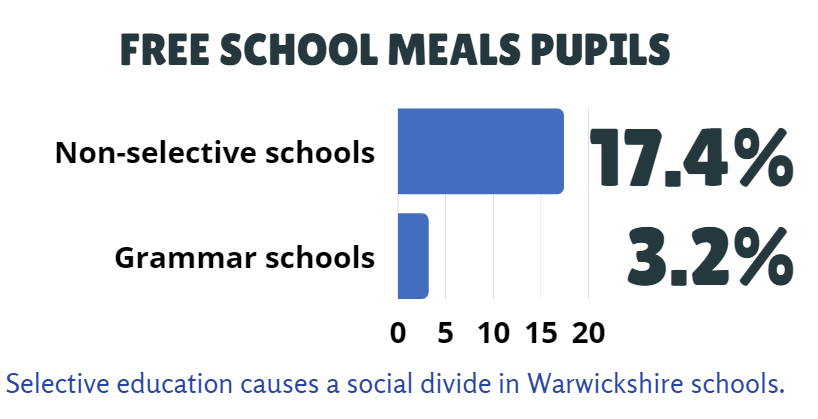 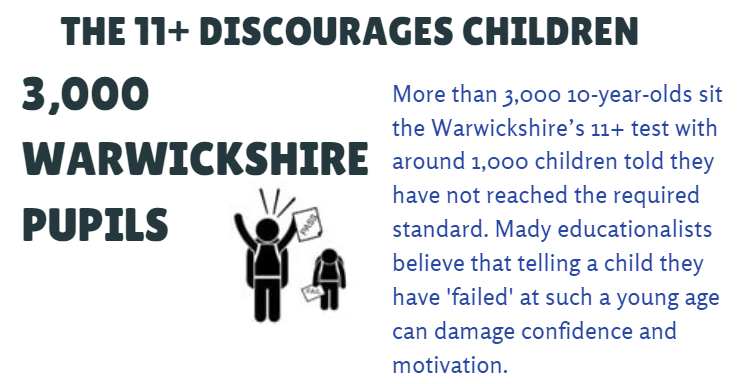 Want to end the 11-plus in Warwickshire?