Stop the plans for a new grammar school in Kent 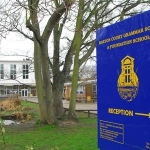 Kent County Council plan to open a new ‘satellite’ grammar school on the coast between Whitstable and Herne Bay, but local campaigners are fighting this plan with a petition, and campaign aimed at ensuring local secondary schools are available to every child in their community.

The government has found £200 million to expand grammar schools at a time where every school is short of money.  Two grammar schools are going head-to-head with bids to build the new school. Please consider responding to the school consultations as well as signing the petition.

Comprehensive Future would like to formally object to the creation of a ‘satellite’ grammar on the coastal strip between Herne Bay and Whitstable, by either the Queen Elizabeth Grammar School in Faversham or Barton Court school in Canterbury. We oppose the plan for the following reasons:

The consultation for a proposed satellite is flawed

Disadvantaged pupils will not benefit from a new satellite

There is no demand for another grammar school

We urge Kent Country Council to allow a proper period of consultation so that local parents have the opportunity to consider properly what kind of new school is needed, rather than having a new grammar school imposed on them.