The flawed grammar school ballot rules debated in the Lords 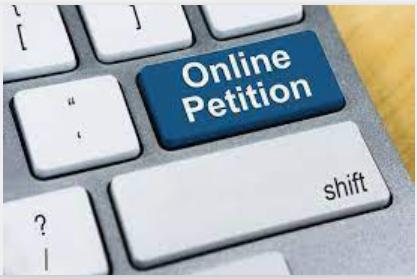 As discussed in a recent Schools Week article the only method for parents to remove 11-plus tests at their local grammar schools is through a flawed ballot system designed in 1998. A grammar school ballot has been attempted just once, back in 2000, and so much of the process was proven not to work that no parent group has been crazy enough to attempt this since. It is hugely frustrating to see grammar school enthusiast, Graham Brady MP, point to the fact that parents don’t use ballots as proof that grammar schools are popular!

Some of the issues with the current ballot system are:

Parents with voting rights are highly likely to use schools admitting low proportions of disadvantaged pupils. Private school parents are significantly overrepresented in the vote. In the 2000 Ripon ballot 25% of eligible voters were private school parents, despite the fact only 4% of local parents used private primaries.

Local parents are disenfranchised by the ballot’s ‘feeder school’ eligibility system. A ballot petition was abandoned in Reading when a campaign group learned that only parents involved with 8 out of 40 Reading primary schools could have a say. Most of the eligible voters were parents using schools miles from the area.  Don’t locals deserve a say on schools in their own town?

A petition to start a ballot in a fully selective area like Bucks, would need a whole army of people collecting around 20,000 sets of 8 data points on a paper petition form. Each parent has to write their first name, surname, address, child’s name, child’s age, child’s school (or else a statement and proof of eligibility for under 5s)  date and signature. Even supportive parents might avoid giving so much personal information to a stranger with a clipboard. Assuming a campaigner took  5 mins to talk to each parent and collect this information it would take around 1,666 man hours of campaigners working school gates with clipboards. How could that ever be accomplished during a 10 minute school drop-off or collection? Schools are barred from any involvement in the process, which begs the question of how campaigners are supposed to collect signatures from secondary parents who don’t usually congregate at the school gate? It’s no wonder that no one has ever tried to use these undemocratic rules in the large selective counties. The ballot legislation offers a pretence of democracy, but the rules are entirely rigged to preserve the status quo.

A select committee review suggested the grammar school ballot was so flawed it should be ‘immediately withdrawn’, yet the government seems happy to continue with this undemocratic process, saying, ‘ We do not anticipate making changes of substance to the Grammar School Ballot regulations.’

As a very minimum the ballot legislation should be reformed to give votes to parents using local schools, it should offer basic information to parents through their schools, and it should have an ePetition option, which is standard now for any modern day campaign.

In the Schools Bill debate in the Lords yesterday  Lord Hunt of Kings Heath sought to highlight the problems with ballots through two amendments. We are very grateful for his efforts to reform an outdated bit of grammar school law.

Here is the debate from July 12th, as copied from Hansard, relating to  grammar school ballots.

Lord Hunt:
My Lords, I return to the subject of grammar schools with two modest amendments, which I am sure the noble Baroness will wish to accept. I have always taken particular interest in grammar schools, having been brought up in an environment of selective education. This was compounded by direct experience of the failure of the Buckinghamshire education system through my eldest daughter, who had the misfortune to be living there for her secondary education and attending a secondary modern school. More generally, I recoil still at a system which essentially labels the majority of 11 year-olds as failures.
My two amendments are very modest and address issues relating to the 1998 legislation. It was introduced in good faith but, as time goes on, one sees that it needs to be improved, and this is what I am seeking to do here. I have some experience in this. In Birmingham, the local authority where I live, my wife was a leading member of the campaign to use the legislation to allow a ballot to remove selection from the eight grammar schools in the city. She and others discovered that, under the legislation, only parents in primary schools which have sent five or more children to grammar schools in the last three consecutive years were allowed to vote, thus denying parents in other schools the franchise.
Of course, the schools denied the franchise were predominantly schools with higher levels of free school meals, and those that got the franchise were in the most prosperous neighbourhoods. That is not surprising, as data shows that it is predominately middle-class children, whose parents have the money to pay for private tuition, who pass the grammar school exam. This is not a meritocracy, as is sometimes claimed by Conservative MPs, but a bought privilege for those with money.
In my two amendments, I first want to reduce the 20% of qualifying voters to 10%. That is the same as is required for the recall of an MP. It is not unreasonable to set the level there. When the legislation was introduced in 1998, we were run on paper as a country; we know the world has changed. So secondly, I am suggesting that we allow electronic communications in relation to regulations. I know from the meeting I had with the Minister this morning that, because of the academy grammar schools, there will be new regulations. I ask that this be considered as part of the revision of those regulations.

My Lords, I congratulate my noble friend Lord Hunt on his Amendments 31 and 32. He explained them very well, so I will not delay the House by repeating what he said. He made some sensible suggestions, born out of experience, and it would be good if we could explore these ideas further. I hope that, when the Bill comes back in the autumn or early next year, the amendments we may see on grammar schools are more in line with those tabled by my noble friend Lord Hunt than those that Sir Graham Brady seems to support in the other place.
The move against grammar schools was supported hugely by parents when it happened. I was genuinely concerned when I saw Sir Graham Brady MP recently suggesting that, when this Bill goes back to the Commons, it should be amended to remove the statutory ban on new selective schools. We know he has received support from other Conservative Members of Parliament. I say to the Minister that if the Bill comes back amended in that way, we will fight it tooth and nail in your Lordships’ House, and will expect at least a day to debate it.
Baroness Barran (Academies Minister)
I thank noble Lords for their contributions to the debate. I will start with Amendments 31 and 32 in the name of the noble Lord, Lord Hunt, which seek to require electronic communications and voting to be permitted during petitions and ballots to remove selection and to make it easier to initiate a ballot. As he explained, these amendments aim to make it easier for those who are opposed to grammar schools to ballot for the removal of selection.
We want to strike a balance between protecting the selective status of grammar schools on the one hand, and the right of parents to vote to remove selection on the other. We will review the grammar school ballot regulations once the Bill comes into force to ensure that they properly cover ballots for academies that are designated as grammar schools. I assure the noble Lord that we will consider his suggestion in respect of electronic communications in this context. However, we do not think that the level of procedural detail set out in Amendment 31 would be suitable in the Bill.
I do not agree that the threshold for calling a ballot should be lowered from 20% to 10% of eligible parents in favour, as Amendment 32 proposes. As we discussed earlier, conducting a ballot can have a significant financial cost, so it is important for those who petition for one to show that they have sufficient support.

I hope the noble Lord joins me in being pleased that tutoring is no longer the preserve of middle-class parents and their children. With our national tutoring programme, we are rightly targeting children in areas of deprivation to make sure they also have access to that support.

Lord Hunt
On grammar schools, I note what the Minister has to say about the future regulations, for which I am grateful. It is quite extraordinary that she did not agree to reduce the threshold from 20% to 10%. I will not go any further seeing that my noble friend Lord Blunkett is in his place. On the ombudsman, I took what she said to mean that there is a glimmer of light that she will look at this at least in the context of the governance review and parents’ rights when they have concerns. I beg leave to withdraw the amendment.
Amendment 31 withdrawn. Amendment 32 not moved.
When the Schools Bill progresses in the autumn, let’s hope that the grammar school ballot rules will be looked at and reformed.
Joanne Bartley2022-07-14T08:41:26+00:00