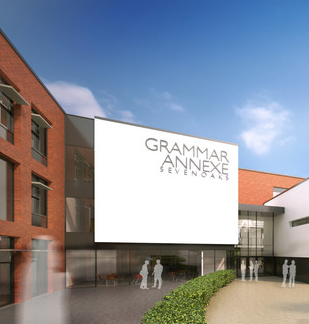 The Sunday Times has announced that the Tory manifesto will pledge funds for the expansion of grammar schools. The source did not claim the ban on new selective schools would be overturned, but it is likely that the £200 million Selective School Expansion Fund will continue if the Conservative party forms a new government.
Dr Nuala Burgess, Chair of Comprehensive Future, said, “The expansion of grammar schools is an ideological, evidence-free policy, designed to please traditional Tory voters in mostly Conservative areas where grammar schools exist. In counties like Kent and Bucks, the councils are backwards-looking and content to continue with a discredited system of selective education. Now it seems Boris Johnson wants to give selective schools cash, and he doesn’t care that this is effectively giving education funding to Tory areas, in schools that benefit mostly middle class families.”
Dr Nuala Burgess, Chair of Comprehensive Future, said, “The re-booting of the Tories’ plans for grammar school expansion is a cynical ploy to attract votes, especially in mostly Conservative voting, selective areas. Tory led counties such as Bucks and Kent persist with selective education despite all the evidence showing the damaging impact it has on the education of the vast majority of children. The message Boris Johnson is giving to voters, many of whom have children in seriously under-funded schools in areas without grammar schools, is that some schools are more deserving of funding than others. It simply isn’t fair that schools likely to receive extra funding are in middle class Tory-voting areas.
Coinciding with the news about extra funding for selective schools, came the announcement that Tunbridge Wells Grammar School for Boys, a Kent County Council maintained school, is about to begin a consultation to create a new ‘satellite’ school, 12 miles away from its main school site in Sevenoaks. The boys’ school building will share a site with the Weald of Kent girls school ‘satellite’ which opened in 2017. This style of expansion is controversial, with the Weald of Kent’s second campus described as ‘the first new grammar school for 50 years,’ amid criticism that this plan was a backdoor route to getting around 1998 legislation outlawing new selective schools.
Dr Burgess said, “We know that Kent County Council has had ambitions to expand boys and girls’ selective schools into Sevenoaks for some time. All the same, the prospect of another satellite grammar school in Kent is a big disappointment. We know councils in selective areas like Kent lobby the government to help them build new grammar schools, and it seems they have Boris Johnson’s ear with this manifesto pledge about selective school expansion.”
Tunbridge Wells Grammar School for Boys will be closely watched to see how they intend to link their two school sites. The Weald of Kent grammar school has come under criticism for the fact that its Sevenoaks satellite is now being run as a stand-alone school. This is in spite of the fact that funding for the school’s ‘satellite’ was awarded on condition that the two sites operated as one school.
Dr Burgess said, “We know that the Sevenoaks satellite is operating as a new selective school and we are genuinely concerned that Tunbridge Wells boys grammar will pull the same trick with its ‘satellite’. The fact a grammar school can build a second school building, with barely more than a shared uniform in common, means that we could see many new selective schools springing up all around the country. Any grammar school could clone another school forty miles away simply by calling the new building a ‘satellite’ of the main school.”
Dr Burgess added, “It seems extraordinary that Kent County Council is still wedded to an outdated and socially unjust education system from which only a tiny minority stand to benefit. Just two weeks ago, more than eight thousand Kent children, who sat the Kent test, were told they had ‘failed’. The Kent test is a waste of time and money, but far worse is its devastating effect on those children and their future confidence in education.
“Sevenoaks residents who support this plan for a new boy’s grammar school, have been misled by Kent County Council who promote the idea that an 11-plus test is a necessary part of secondary education. In the rest of the country, pupils in the top 25% for attainment attend comprehensive schools.  Pupils who attend comprehensive schools achieve excellent GCSE and A levels and go on to university. It is a bitter irony that in spite of its grammar schools, Kent has below average GCSE results with a progress score of -0.11. With these kind of results, you have to wonder why Kent County Council insists on a selective education system for the people of Kent.
Building more grammar schools is certainly not the answer to Kent’s poor academic performance. Kent County Council, and the Conservative party, should be looking at what works. All the evidence shows that the answer is comprehensive education.”
Joanne Bartley2019-10-28T12:37:22+00:00