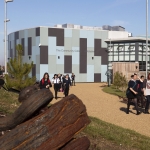 The petition opposing the new ‘satellite’ grammar school on the Kent coast is heading for 300 signatures, please sign if you haven’t already.

People have been sending us their thoughts and comments on the Selective School Expansion Fund, and there is just a week left to respond to the consultations. These rarely get many responses so it can make a real difference to write in and oppose the plans.

Joanna Vaughan, a parent in Wilmington, Kent, shared her consultation response with us, opposing the Wilmington Grammar School’s expansion bid. She said, “It is only right and fair that we only expand schools with open admissions that give every local child the same chance of an education. Expanding a school which through its 11-plus admission test discriminates against disadvantaged or vulnerable groups of pupils is fundamentally wrong.”

She also pointed out the thorny issue of ‘how’ Kent schools will fill places with poorer pupils. “Giving priority to children on Pupil Premium, over those who live near the school, will result in out-of-county pupils being given priority over those who live nearby. Not only does this go against your basic reason for expanding the school (i.e. the need to meet a local need for school places), but it will also be extremely unpopular. Parents will view this new admission policy as one that that is very far from putting local children first, but rather about ticking the right box in a bid to get more money.”

She pointed out that this grammar school might get funding based on this proposed admission policy, but once they get the cash the policy goes out to consultation and might find no support. Would they hand the money back!? She also makes a number of good points on the school’s proposed outreach work in local primary schools.

“Given that research shows that the huge attainment gap between disadvantaged children and their peers is already evident by the time they arrive in Reception and then widens further as they move up the school, are Wilmington staff intending to go into schools to work with Early Years children? If so, how will this work, especially given current teacher shortages and restraints on school budgets? Will Wilmington teachers go into the primary schools during the school day, if so, how will they will get around Kent County Council’s rules that bar primary schools from helping children to prepare for the 11-plus?”

Her response in full is here, please do reply too, especially if you’re in Kent.

Alan Ramsey, Vice Chair of Governors at The Whitstable School, lives in the town where two grammar schools are bidding to open a ‘satellite’ school. His consultation response criticises the grammar schools promise to boost social mobility, and says, “There is absolutely no empirical evidence that grammar schools have made any positive impact on social mobility. We applaud the high aspirations for social mobility expressed in the submissions made by both schools, particularly in view of the fact that, should they succeed, it would be a first.”

He considers the plan for the new grammar school building to be miles from the original school, and says, “Although the established fact of an “annexe” which is nowhere near the original site has been road-tested in Sevenoaks it is, nonetheless, a ridiculous affront to common sense, and a transparently Machiavellian stretching of the rules to the very edge of their elastic limit. In this case it also seems a rather cynical and solipsistic affront to two good secondary schools in Whitstable and Herne Bay who are obliged to live with the uncertainty of having this demanding cuckoo chick plopped down between them in the most artificial manner.”

He continues, “For my own part I can attest that the Leadership and staff of The Whitstable School have, over the course of the last two years, worked with unremitting effort, rigour, enthusiasm and no little skill to create a vibrant, achieving school. They, and especially the children in their charge, deserve to be working in a supportive environment which is not blighted by an undertow of transparently political and commercial manoeuvrings which appear to be completely divorced from any real reference to community need.”

Alan’s excellent consultation response can be read in full here.

Jon Boyes, the Head of Herne Bay High is also opposing the plans for a new selective school in his town, his consultation response points out the fact many grammar schools have excess places already. “The Kent test pass rate is set to nominally select 21% of students as “Grammar ready” with some additional space filled by Headteacher appeals. Additional capacity is already being created via the back door with a number of East Kent and Canterbury Grammar schools taking significantly more than their PAN through the appeals process, or via taking another full form of entry. Selective schools should only admit the “Grammar“ assessed students, rather than keep filling their ever expanding rolls with students regardless of their Kent test scores. The outcome of this continued back door expansion will be a two tier system that further widens the disadvantaged gap.”

Most worryingly, he says, “Two new schools will be opening at the same time, a High School in Canterbury and a Grammar in Herne Bay or Whitstable. This will add 300 new year 7 places into a system that currently has spare capacity. This will result in the closure of an existing school within Canterbury or Coastal area.”

Jon Boyes response in full can be read here, and Comprehensive Future’s consultation response is here. Please support open to all community schools in Kent, and oppose the plans for new grammar school places.