Could an amendment to the Schools Bill overturn the ban on new grammar schools?

The Tory MPs who are lobbying for new grammar schools have been busy seeking press, with recent stories in the Telegraph, Mail, and Evening Standard. Chris Philps MP said he wants a ‘satellite’ selective school in Croydon, with the Standard reporting that a government spokesman refused to rule out lifting the current ban on new grammar schools. The Telegraph also reports that Johnson’s government is ‘open’ to expanding academic selection. The pro-grammar MPs appear to be hatching plans to amend the Schools Bill to support new grammars. “It would be a very simple amendment to the Schools Bill. It’s an obvious thing to do and a popular thing to do. There is a groundswell of support on the Tory benches for grammars.”

All this is worrying, but it’s possible that it’s just positioning by a handful of MPs. At present there is no statement from the government in support of expanding selection.

The Guardian points out that support for grammar schools, along with Imperial measurement, and other ‘nostalgia’ policies are being devised as ‘red meat’ to win Boris Johnson support from traditionalist MPs.

Jonn Ellidge, writing in the New Statesman makes a similar point, pointing out what a terrible idea it would be to create new grammars. “Terrible on multiple levels, like that time during lockdown when someone in Downing Street uttered the immortal phrase, “Hey guys, shall we get the karaoke machine out?” For one thing, it’s terrible on a practical level in that, despite what their legion of fans believe, the data suggests that grammar schools make things worse. They do well by those who attend them, of course, but most kids don’t and the status quo, in which some areas retain grammars while most do not, has doubled as a helpful controlled experiment in what selective education does to overall results. The answer, it turns out, is “make them worse”: in aggregate, areas with selective education produce worse education outcomes than those with comprehensive education.”

Let’s hope that good sense and evidence wins the day, and that there are no attempts to create new selective schools.

Jonathan Gullis leads the new Tory campaign for more selective schools. He raised the issue in a recent Education Questions in the House of Commons, pointing out that it was a ‘tragedy’ that grammar schools are not well supported. He said, “it is not right that children in Teesside and Stoke-on-Trent do not the same opportunities as a child in Kent or Stratford-upon-Avon.”

Gullis, the MP for Stoke-on-Trent North, seems to regularly overlook the fact there’s a grammar school in his city already. St Joseph’s College, in Trent Vale, educates just 2.7% Free School Meal pupils while the average in Stoke’s non-selective schools is 33%. Gullis regularly makes the case for grammar schools in the North helping poorer children, but the selective school on his own doorstep appears to educate a very small proportion of disadvantaged pupils.

We recently invited Jonathan Gullis to a debate to share his evidence on the merits of grammar schools. He has yet to reply to our invitation. 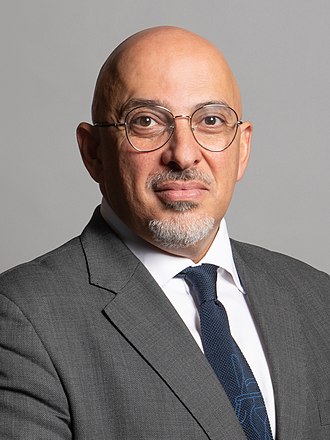 Nadhim Zahawi, has insisted that grammar schools will be ‘protected’ as we move to school system with more Multi Academy Trusts (MATs). The Education Secretary is worried that MATs might take on a grammar school and seek to remove its selective admissions. This would make a lot of sense for any MAT made up of thriving comprehensive schools – why would they want one or two of their schools to use an outdated 11-plus?

The Schools Bill will add the complicated grammar school ballot legislation to all academy grammars, this ballot process has proved to be unworkable, so Zahawi is effectively preventing MAT school leaders from choosing to end selection. The TES is reporting that some grammars are already eyeing up partnerships with non-selective schools.   There are several MATs containing a mix of selective and non-selective schools already, and their results are nothing special. Could it be that grammar schools have no magic to improve education outcomes? Perhaps they simply select the kind of pupils who will achieve good results in any school.

Are selective sixth forms the answer to social mobility?

CF’s Chair, Dr Nuala Burgess, spoke to TES about the government’s plan to create highly selective ‘elite’ sixth forms, to try to boost the numbers of disadvantaged pupils reaching top universities. She said, “Selection at any age ends up benefiting only those who are already high achieving and advantaged. There are exactly the same problems with selective sixth forms as there are with grammar schools: intakes with disproportionately low numbers of disadvantaged pupils and disruption to the pupil population of surrounding schools.” She points out that there is no “magic” to these “elite” sixth forms. “If you select high-performing students, you inevitably get results which reflect that.”

Grammar School Ballots are rigged in favour of the status quo

CF’s Jo Bartley wrote for Schools Week about the many problems with Grammar School Ballot legislation. These long-forgotten rules are supposedly designed to allow comprehensive education to be implemented if parents vote for change, however,  the rules are so flawed they could never work. An education select committee called the ballot rules  ‘unworkable’ nearly 20 years ago. Yet the Schools Bill, currently working its way through parliament, will add these badly designed rules to academy grammars, with absolutely no changes planned whatsoever. Read more in Schools Week HERE.