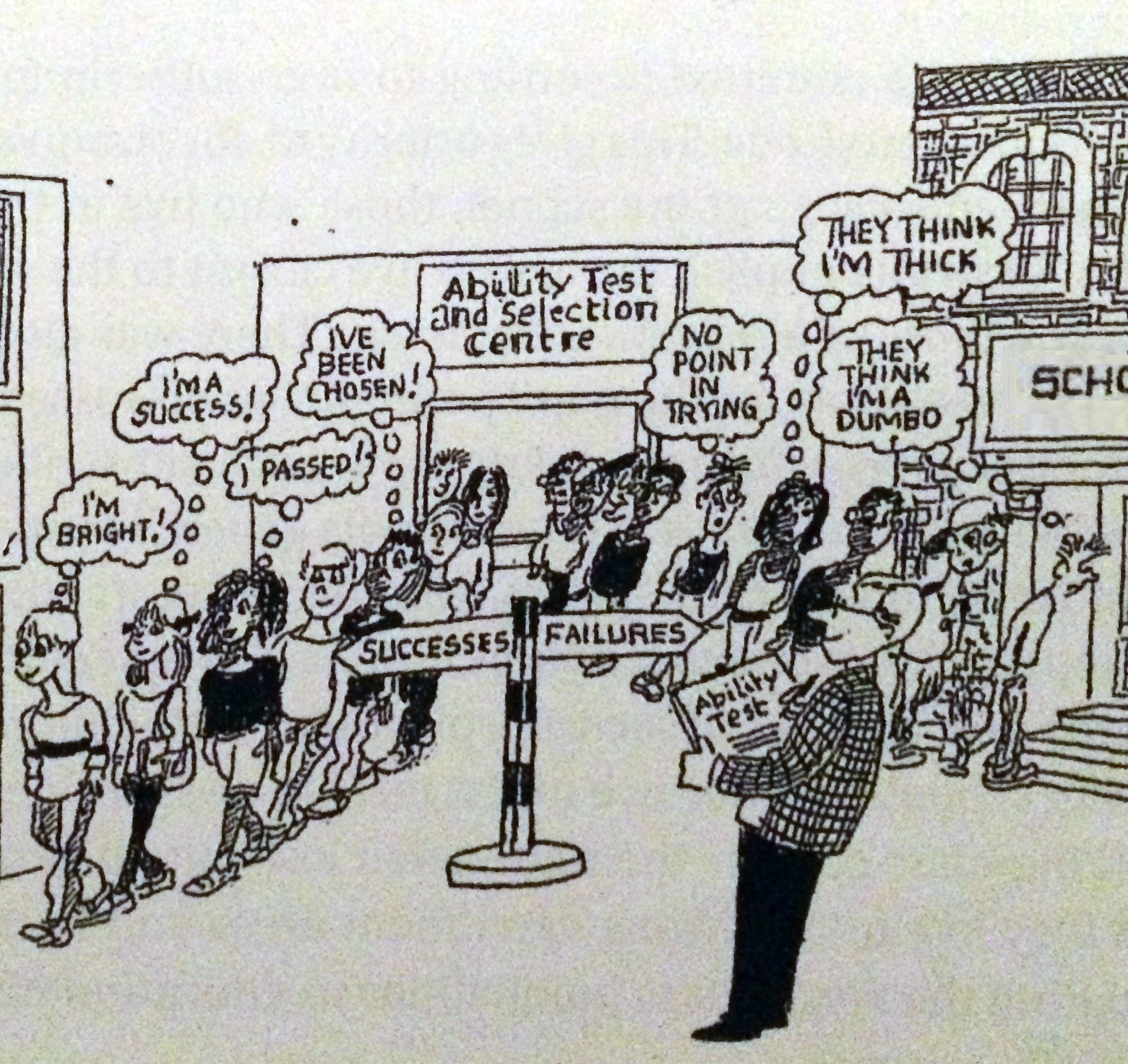 A small-scale study in Northern Ireland revealed that former paramilitary prisoners in wanted academic selection to end with suggestions it discriminated “against children from their working-class loyalist and republican communities.” One woman surveyed told the report’s authors that children who don’t succeed in gaining a grammar school place “feel as if they’re on a scrap heap and it’s not their fault.” The report said, “Pupils from working-class communities were almost universally understood to be further disadvantaged by the system of selection at 11 years old, largely due to access to capital for extra tutoring and a perceived inequality of provision between non-selective and selective post-primary schools.”  Read more about this study HERE.

The DfE has issued guidance for grammar schools and suggested 11-plus tests should continue as usual this year, despite the pandemic. The guidance suggests selective schools should consider the impact of children missing school, but makes no firm policy suggestions on changes to testing. Our Chair, Dr Nuala Burgess, said,  “We strongly suspect it will be business as usual for the 11-plus test. This exam appears to be the only test with inbuilt immunity to the disruption Covid brought to our children’s education. This year more than ever, the odds are stacked against disadvantaged children.” Read more HERE.

This excuse is up there with ‘the dog ate my homework,’ but the DfE are blaming Brexit for lack of progress with plans for grammars to admit more disadvantaged pupils. The proportion of poorer pupils attending grammar schools rose by less than a percentage point in five years. Dr Nuala Burgess said, “It’s clear that work by the GSHA has had minimal impact. Putting these figures into very simple terms, we can see they amount to no more than an average of one pupil premium pupil per school since 2015 . When you think how much money has been thrown at selective schools to encourage outreach and widening access work, that’s a shocking figure.” Read the story in Schools Week HERE

An exciting new project for CF

Comprehensive Future is fundraising for an exciting new project that involves creating an interactive map of every selective area and every grammar school in England. The aim is to help people to understand better how selective education impacts on an area, and the social inequalities caused by 11-plus selection. The project has the backing of Professor Stephen Gorard, Director of the Durham University, Evidence Centre for Education. He said, “This map is an exciting new way for everyone to be able to access facts about selective schools and information about the problems with academic selection.” Read more HERE.

A tribute to Baroness Shirley Williams

Our Patron, Baroness Shirley Williams, died last month, and will be sadly missed. CF’s David Chaytor writes, ‘She was a lifelong supporter of an education system based on equality of opportunity whilst constantly reaffirming that the meaning of the word ‘equal’ is not the same as that of  ‘identical’. Her first opportunity to influence change directly came with her appointment as the Minister for Schools (1964-66) in the first Wilson Government. She proved to be a thoroughly efficient, reliable and popular Schools Minister.’ Read more HERE