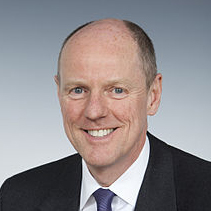 Nick Gibb, the Minister of State for School Standards, has responded to Comprehensive Future’s letter calling for 11-plus data, such as the characteristics of pupils who enter for the test and those that pass it, to be linked to the National Pupil Database. He admits that no one collects information on the pupils who sit this test, but points out that once pupils are admitted to grammar schools there is some data available.

CF do not believe there is any justification for using a test for deciding what type of schools pupils may attend based on an 11-plus score. Nonetheless, while such a test exists, we believe it should be subject to proper scrutiny. Professor Robert Coe, one of the letter’s signatories, and former Director of the Centre for Evaluation and Monitoring (CEM) at Durham University, a provider of the 11-plus test, describes grammar school selection as a ‘Wild West.’

CF has previously detailed the problems with a lack of scrutiny and secrecy around this test.

Gibb suggested that there are ‘protections in the system’ to ensure admissions tests are fair, with parents able to report concerns to the school adjudicator. The problem with this approach is that neither parents nor researchers have access to data from the 70+ different 11-plus exams that take place across the country, so can how they know if there are biases or other problems to report? Perhaps this lack of evidence suits the grammar schools!

Our Chair, Dr Nuala Burgess said, “The reply from Nick Gibb was disappointing because it ignored the point of the letter. It would appear that our Education Secretary fails to see, or doesn’t understand, why 11-plus tests should be checked for such things as the numbers of disadvantaged pupils sitting the test and how many pass it, or whether there is a class, gender or racial bias in any of the tests. If Mr Gibb truly believes in ‘levelling up education’ then he should be keen to know that grammar schools offer an ‘excellent education’ to disadvantaged and marginalised groups as well as the more privileged. To boast that 98% of grammar schools are rated outstanding would be far more impressive if those schools achieved this while catering for  pupils from all walks of life.

Mr Gibb also refers to the work selective schools are doing to boost their numbers of poorer pupils. However, there is absolutely no evidence this work translates into increased numbers. Without any requirement on schools to report on numbers of disadvantaged pupils sitting the test, we remain in the dark.”

Minister of State for School Standards

Dear Dr Burgess and others,

Thank you for your letter of 16 February, addressed to the Secretary of State, requesting that the Department adds information to the National Pupil Database (NPD) regarding the social, economic, and ethnic composition of children sitting and passing selection tests used for admission purposes. I am replying as the Minister of State for School Standards.

We believe in levelling up education so that every child can succeed. Grammar schools provide an excellent education, with 98% of them being judged by Ofsted to be good or outstanding, and they are popular with parents, with 15 applications for every 10 vacancies. We are working with the grammar school sector to encourage more disadvantaged families to apply to a grammar school so their children can be admitted.

We are therefore pleased to see that the majority of grammar schools prioritise children eligible for the pupil premium for admission, and that 29 grammar schools target disadvantaged children for support under the ‘FROG’ familiarisation programme, led by Colyton Grammar School and its partners.

The Department does not routinely collect information on individual schools’ admission arrangements, including selection tests.

Data within the NPD allows the progress of children within schools to be assessed, including for disadvantaged children. It also enables researchers to see how many disadvantaged children are on roll within a school. However, I agree that it would not allow the ethnic and economic characteristics of children sitting selection tests to be compared with those passing selection tests.

We keep the need for the Department to collect data under constant review but do not intend to ask schools and local authorities to collect the data you suggest at this time.

I would like to emphasise that there are protections within the system to ensure admission arrangements are fair, including a bar on requesting personal information as part of the application process, consultation duties, and rights of objection to the independent schools adjudicator. Your members have exercised the right of objection in the past.