Although a low percentage of pupils attend selective schools in areas with just one grammar school there will still be an impact on surrounding schools. 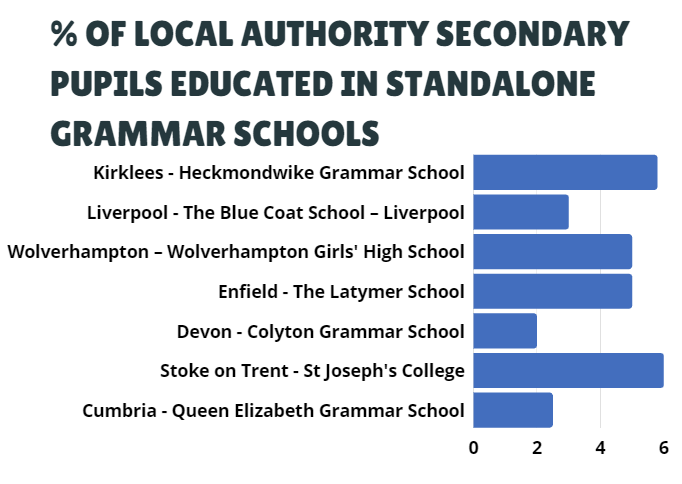 A social divide in secondary schools 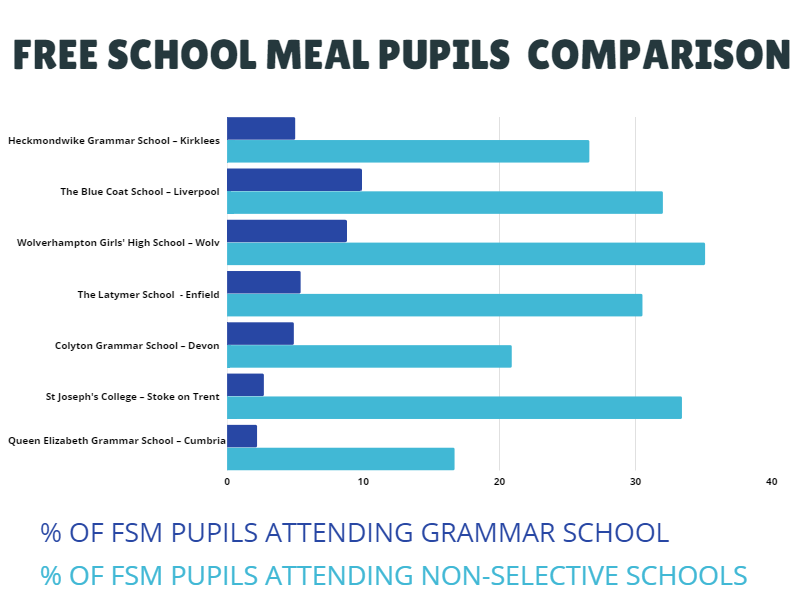 Many children feel demotivated by a ‘fail’ in the 11-plus. We believe all children should start secondary school feeling positive about their academic ability. The success of non-selective schools in most areas of the country proves that there is no need to divide children by using an out of date and discredited test.

You can read more information about individual grammar schools on the websites for each school.

Want to end the 11-plus in your area?