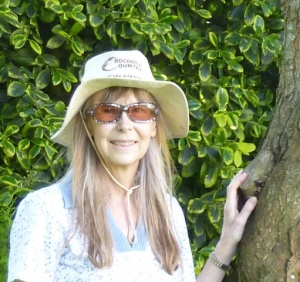 Tricia, who failed the 11-plus in 1959 and found that it changed the course of her life.

Life is a continuum of events. Everything that happens is either a direct or indirect result of what went before. Failing the notorious 11-plus exam does not just accidentally change a child’s future life-path (including one’s true destiny) but it is politically designed especially to do so. I failed my test in 1959.

It is a tragedy of epic proportions that generations of children have been segregated at such an early and impressionable age into groups considered to be either worthy or unworthy of receiving a proper education based in large part on such spurious tests as IQ.

As IQ tests are quite ridiculous mental riddles I personally believe that it shows intelligence if one chooses not to get one’s neurones into a twist trying to work out the answers. Children who answer such questions are doing so in order to be compliant with the adults who set the questions. In real life, there are far more important things to think about and debate in order to activate the brain cells. However being able to think for oneself will not pass any exams!

I suffered a deep lack of self-confidence for many years as a result of failing my 11 plus. It was not until some fifteen years later when I arrived in America that the social attitudes in that country made me realise that I was not, in fact, an inferior being and that I have the same opportunities as everyone else.

Many years later, back in England in my early forties I finally decided to take a Mensa IQ test just to prove to myself that I am quite capable of passing it if I set my mind to it. I took the test … I passed, and was accepted for Mensa!

I was then expecting the members of Mensa whom I would be meeting to consist of a group of highly intelligent intellectuals whom I would find deeply stimulating to converse with. How wrong I was! Most of them were perfectly normal ordinary people who suffered the same hang-ups about their mental abilities as anyone else, and a number of them were also 11 plus failures. Just like myself they were there because they needed to prove something to themselves. They were in fact just like the 99% of the population who receive lower IQ scores in the sense that it was a combination of the education, life’s experiences and personalities that made them who they were. They did not display a unique intelligence factor in addition as a result of their high IQs.

I do believe that this whole IQ business is somewhat of a farce. It is very unintelligent of those who devise IQ tests to suggest to the authorities that general intelligence can be measured in this way. All it proves is that the person has a knack for doing riddles. It is equally unintelligent of the psychologists who devise such tests and who really ought to know better to allow children to be labeled as being unfit to receive a proper education. Psychologists are fully aware of the long-term damaging effects of such early-life traumas.

Segregating children based on IQ is quite ludicrous. If the authorities can keep the myth going that IQ=intelligence then this barbaric form of apartheid will continue. It is especially barbaric because it a a political move particularly targeted at children….the very people whom most civilised societies do their utmost to protect.

I believe that education is a very complex problem and that Comprehensives are not a Utopia. However we need to be moving to a more humane society which has no place for educational apartheid. As a result the 11-plus has got to be well and truly scrapped. As this looks currently unlikely to be changed by law it becomes the responsibility of the administrators of the schools themselves who need to be better educated on the fallacy of the 11 plus/IQ testing system.

Anyone interested in learning more about my education and its resulting effects can go to my site beatlemaniatruth.wordpress.com.