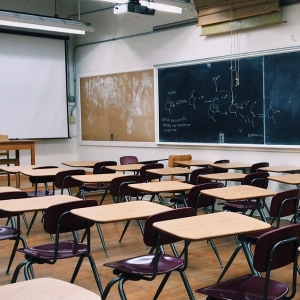 I failed the 11 plus intelligence test in the early 1950s so could not go on to sit the English/Maths exams which I feel I would have passed, as I can do things on paper, but not in my head. I therefore went to the secondary modern but was fortunate because it had very dedicated teachers, who were determined that we could do well and I took 10 ‘O’ levels. I believe we might have been the first, or one of the first secondary moderns to do so in the country.

When my children were ready for secondary schools this area had only comprehensive schools but there was a lot of snobbery and I am aware of many people who fought for their children to go to the ex grammar schools. I sent mine to an ex secondary modern, which again had dedicated teachers. My daughter is a chartered accountant/tax expert and my son is an accountant/economist helping public organisations around the country with budgeting.

My son’s three children attended comprehensives in Bedfordshire. The oldest took 15 GCSEs and got 11 A stars and is now at university training to be a doctor. Her younger sister is dyslexic, a brilliant artist and is at university studying art. Their 15 year old brother is still at school, interested in science and on the gifted and talented list. My daughter’s daughter is also dyslexic and a wonderful artist. She is also studying art at university. My husband was dyslexic but it was not recognised then. He was regularly told ‘you are not clever like your sister!’ Despite being a deep thinker and very artistic and one of the cleverest people I ever knew he could not spell!

I therefore totally believe in comprehensive education where pupils can shine at what they are best at. I imagine my two dyslexic grandchildren would not have passed the 11 plus and would also felt like I did all those years ago – a second rate citizen!
I also have friends and acquaintances who despite being educated privately themselves and very educated people sent their children to comprehensive schools.