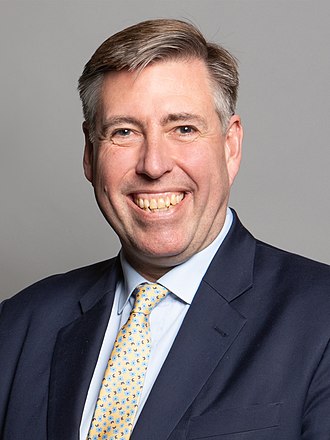 Tory MPs, including 1922 Committee Chair, Sir Graham Brady, are pushing for the next PM to commit to overturning the ban on new grammar schools. Brady recently wrote a pro-grammar article in House magazine, ‘the leading publication for MPs and peers.’ We feel this article is full of misinformation and cherry-picked ‘facts’, as we’ll explain.

Brady highlights the fact grammar school ballots are not used as proof parents like selective education, he points out, ‘Nowhere was the threshold ever passed for a petition to succeed in securing a vote.’

That’s simply because ballot petitions don’t work! They exclude parents at local primary schools from having a say, and give about 25% of the votes to private school parents.  No one could ever hope to use this unworkable process to end grammar school  tests. Comprehensive Future regularly hears from people living in selective areas who would prefer comprehensive education, but as a campaign group we can never advise them to start a ballot petition because they’re so obviously rigged towards the status-quo. It is quite wrong to point to the lack of use of a hugely flawed process as ‘proof’ that people like grammar schools.

Are boys in Sevenoaks unable to access selective education in their town?

Brady writes, ‘This led a few years ago to the Weald of Kent grammar school for girls jumping through endless hoops to establish an “annexe” in Sevenoaks to save local girls a long bus journey to school. The boys are still less fortunate.’

The Weald of Kent grammar school built an ‘annexe’ in Sevenoaks in 2017. Kent County Council used the same legal loophole to build a boys ‘annexe’ grammar in Sevenoaks, which opened in January of this year. The boys are not ‘less fortunate’, they have a council that’s prepared to build them a brand new grammar school while ignoring the spirit of the law.

Grammar schools have  expanded significantly despite this ban being in place. They simply build new classroom blocks or ‘annexe’ schools. A BBC study suggested that by 2021, the number of extra selective places will be equivalent to 24 new grammar schools compared to eight years ago.

Kent is an interesting case. In the county 31% of  secondary school places are selective, despite the council putting it on the record years ago that they only want 25% of pupils to attend grammar schools. Kent grammars change their selectivity preference at age 16 when 50% of Kent pupils attend a grammar school sixth form. Thousands of children are rejected by Kent grammar schools at age 10, then, and then, without apology or explanation, the grammars change their minds and decide the same children ‘deserve’ to be educated in their schools to study A levels.

How can anyone worry about grammars becoming more or less selective, when the schools themselves seem so confused about how selective they should be?

If Brady has a real problem with grammar schools being too selective he should criticise the many ‘super selective’ grammar schools with rules that mean they take the very highest scoring 11-plus pupils, wherever they live. The highly selective grammars in Reading import 72% of pupils from outside their local area. These grammars deliberately set their selectivity levels as high they will go, while locals wish they would simply admit their children.

Brady’s point about grammar school selectivity would only make sense if there was a logical and agreed standard for the % of local children ‘deserving’ of a grammar school place. The ‘standard’ is set at somewhere between the top 10% and the top 50% of children, based on studying the pupils who actually attend grammar schools. Brady’s concern doesn’t stand up to any real scrutiny.

It’s true that the differences between grammars and secondary moderns are less stark than in the 1960s, but there are still problems with modern-day secondary modern schools. Children attending secondary moderns are less likely to be offered some GCSE subjects, they are less likely to find a range of sixth form options, they will find less qualified teachers, and the schools are more likely to be rated ‘inadequate’ or requires improvement’ by Ofsted. These schools inevitably admit high numbers of SEND pupils, high proportions of disadvantaged pupils, and more children in care, because grammar schools reject almost all of these pupils. This can put pressure on school budgets due to a need for more support staff, and even cause challenges with school behaviour, due to these pupils typically having more complex learning needs than advantaged pupils. There are clearly no positives to attending a secondary modern school, and there should be concerns about any school system that deliberately creates problematic schools.

It’s true that bare results for GCSE and A levels can sometimes look better in selective areas, but this is largely due to these authorities importing the very highest attaining pupils from outside their area to their selective secondary schools. Authorities that bring few high attainers from across their borders, such as Kent, underperform at GCSE and A level.

In eleven local authorities more than a quarter of secondary places are in grammars, and all but two of these authorities import 20-61% of high attaining pupils from neighbouring authorities. Selective areas educate many more of the highest attaining pupils than a typical comprehensive area, and this should be factored in when looking at GCSE and A level results.

Brady claimed, ‘Sutton Trust research found that the 100 most socially exclusive state schools in England were all comprehensives: selection by house price, rather than by a transparent and meritocratic admission process.’

Is the 11-plus really transparent and meritocratic? That point is debatable! But looking at Brady’s point on ‘house price selection’ it is true that a minority of highly-rated, oversubscribed, comprehensive schools are socially selective and inspire wealthy parents to move to the catchment area. However, there are more than 3,500 secondary schools in England, and the vast majority are not oversubscribed and simply admit the pupils living nearby. Most secondary schools have a social mix reflecting their local community. In fact 83% of parents secure their first preference of secondary school suggesting that mostly there is no problem with school choices in comprehensive England.  Grammar schools are just as likely to cause house price problems because most use a test pass as well as distance from the school in their admission rules. We can see this grammar school problem flagged in the property price studies which show that grammar schools cause the biggest house price increases.

Is Trafford ‘levelling up’ the North with its university entrance rates?

Brady said, ‘Trafford is the only local authority area in the North or Midlands to make the top 20 for entry to Russell Group universities. How’s that for “levelling up” the North?’

The mix of pupils in Trafford’s schools is not typical of most Northern local authorities. We have already discussed the fact that 32% pupils travel into Trafford to claim selective school places, while one Trafford grammar admits a quarter of pupils who were previously educated in private fee-paying schools. Are Trafford’s university rates really all about the excellence of the grammar schools? It seems likely that some of this success is about the mix of pupils educated in the area, and perhaps wealthy parents using Trafford grammars instead of going private.

Brady said, ‘The Education Policy Institute a few years back published its figures for the “attainment gap” by constituency. Chesham and Amersham was first and Altrincham and Sale West was second.’

The secondary school disadvantage gap in Chesham and Amersham was 6.4, and in Altrincham it was 8.8, but you could just as easily highlight selective Beaconsfield at 21.3, or Faversham at 26.6 or Dover at 27. Most selective area constituencies performed poorly in this EPI study. Brady cherry-picked stats to make his case and ignored statistics that showed selective areas with poor results for disadvantaged pupils.

This week the EPI published new attainment gap data which pointed out that selective Kent has one of the 10 worst attainment gaps in the country. Almost as bad were Lincolnshire, Torbay, Southend and the Wirral. Some selective areas, including Trafford and Slough were doing well for disadvantaged pupils, but the overall picture did not suggest grammar schools were the answer. We know grammar schools admit low numbers of disadvantaged pupils, while admitting high numbers of privately educated pupils, in most selective areas poorer pupils are not well served by a secondary modern education.

Graham Brady is an influential figure, and many Tory MPs will read this article and take his ‘evidence’ at face value. The truth is that Brady is somewhat selective with his selective education facts and figures.