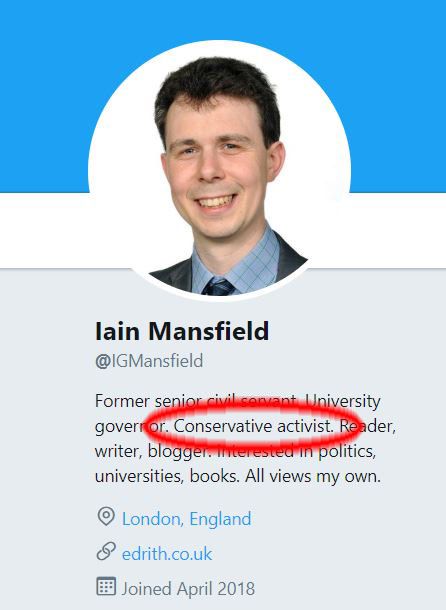 The Higher Education Policy Institute (HEPI) report claiming grammar schools boost the chances of disadvantaged pupils reaching Oxbridge has been criticised by many academics, including this analysis pointing out the flaws in the methodology by  Dr. Lindsey Macmillan, Dr. Matt Dickson and Professor Simon Burgess. The report’s author, Iain Mansfield, went back to the drawing board and revised his statistics, but his second try brought yet more criticism, as his emotional plea to ‘think of other people’s children’ was countered by the point that he was only considering children who pass the 11-plus.

We know that many high attaining pupils from poorer backgrounds attend non-selective schools in selective areas. We would like to see far more research into the outcomes of all secondary modern pupils. There are countless papers studying grammar school results, but despite three times as many pupils attending secondary moderns, few studies consider the demography or life chances of their pupils.

Iain Mansfield suggested selection research was likely to be flawed due to “unconscious bias” against grammar schools by left-wing academics. Mansfield  described himself as a ‘Conservative activist’ on his Twitter bio, but the description was hastily removed the day after his report was released. Perhaps it didn’t play well in a debate about politically biased research?

HEPI’s Director, Nick Hillman, appears to have mixed feelings about the 11-plus due to living in selective Bucks. His blog highlights some of the flaws of the system, from expensive test tuition, to children divided by an arbitrary score, David Chaytor countered Hillman’s arguments that  an acceptable age for selection is rarely discussed by campaigners, while Alan Bainbridge challenged the report for being a ‘typical Thanksgiving turkey gesture.’

The problem with league tables

New research shows that Progress 8, the DfE’s preferred method for judging school performance, is overly generous to schools full of affluent high attainers, and it punishes schools containing high proportions of disadvantaged pupils. More than 40 per cent of “underperforming” secondary schools would no longer fall into this category if pupils’ backgrounds were taken into account. The report also looked at grammar school league table scores and said, “the apparent benefit of attending a grammar school is reduced by almost a third.”

Comprehensive Future’s chair, Dr. Nuala Burgess, wrote a thought-provoking piece for the Guardian expressing her view that, ‘league tables are not just misleading, they’re harmful. Geoff Barton, of the ASCL, also wrote about school rankings, suggesting, “test-based accountability has led to a corruption of the ideals of teaching.”

The school admission watchdog’s annual report claimed that grammar school policies are not boosting the number of disadvantaged pupils as much as expected. Comprehensive Future’s own research into these policies showed that many selective schools are setting high targets for the proportions of Pupil Premium pupils they will admit, but then falling far short of meeting them. This does not bode well for the schools claiming Selective School Expansion Fund by offering ambitious targets for the numbers of disadvantaged pupils they will admit. It appears there is no sanction given if the expanding schools fail to meet these targets.

An interesting ruling by the OSA on Holcombe grammar school

I get the feeling that the school adjudicator dreads complaints about grammar school admissions. The admissions watchdog is supposed to ensure admission rules are ‘fair, clear and objective ‘ but tends to ignore the vagueness of 11-plus testing and uphold the status quo. A parent involved with the Medway grammar school made a number of complaints that were mostly dismissed. In short:

This school’s unfriendly admission document also made a statement concerning the admission of children with special educational needs and then said, ” the academy may refuse to admit a challenging child where there are places available on the grounds that admission would prejudice the provision of efficient education or the efficient use of resources.’” The adjudicator did at least suggest that wasn’t right.

It’s not clear how an 11-plus test can ever be a fair and objective means to access a school, it’s rigged by test tutoring and a child’s academic potential simply cannot be objectively assessed in a brief test at 10 years old.