From Comprehensive to Cambridge: My Experiences of the Selective Education System 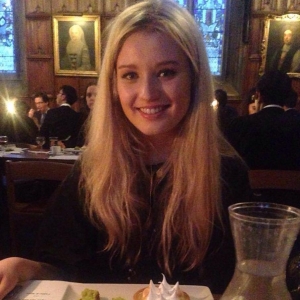 Recently, I awoke to read the news that my local MP for Altrincham and Sale West, Graham Brady, is to receive a knighthood: Brady is the politician who had attended the local boys’ grammar school, graduating from Durham University to return and represent the area of Trafford by staunchly advocating the same, selective education that he had received. There is not only a gulf between Parliament and constituent representation but a chasm across our entire area which has been defined by it: an underlying, omnipresent and ugly feeling of alterity that has haunted generations of parents and their children for decades. It is the feeling that has convinced brilliant minds that they are failures, and it is the feeling that I, amongst my parents, friends and masses of others, have continued to relentlessly battle against daily.

There is no language which can protect a child from the fact that their qualities, abilities and efforts have not been successfully evidenced within a few booklets of questions. To prove the truth in this, I turn to the evidence that I know best: my own.

It was 2007: I vividly remember being ten years old, in Year 6, and standing in my primary school’s IT suite by the printer. It was a bright, white and long room with no natural sunlight, but it must have been the morning. Two friends in my class came up to me, excitedly asking for the outcome of my grammar school entrance exam results. To this day, the pit of heartache and embarrassment that radiated across my stomach and cheeks resonates so clearly with me. The girls expressed their sadness when I had to admit to them that I hadn’t passed and wouldn’t be joining them in the next journey of their lives. I can’t remember much after that painful moment’s worth of memory, but I probably remained my upbeat self to congratulate them for their success. Deep inside I would never really be the same.

I spent the Summer between primary and secondary school filled with dread, embarrassment and shame, which are emotions that a child should never have to feel so profoundly. Even the etymology of the word ‘grammar’ resonated with me at the time: those children in attendance were the intelligent and studious, and I would not have the same opportunities to learn as them. It was us and them. I had convinced myself that I was going to the ‘failure’ school away from my friends, in another catchment area which housed my last choice of school, and I felt that my life was over before I knew it. The gossip which had pervaded the classroom for months between the exam results and our final day of school had provided a platform of perpetuating self-doubt: I strongly believed that I had something to prove and that I had already begun life behind everyone else.

No child should feel the need to take their blazer off when they are walking around the next town after school, but I did. The purpose of education is to foster feelings of pride, belonging and hope, but these opportunities and memories are snatched from many children who live under the selective regime. This is by no fault of my secondary school, and at the age of twenty I could not be prouder to have attended there: my school taught me how to think independently, learn ambitiously and most importantly, to recognise that everyone is valuable in the classroom and beyond. And yet, the ugly, invisible barricade was cemented under my feet, and for the next five years I treated my education as an extrinsic activity to escape.

My breach in the barrier arrived in 2013 when my hard work had paid off and I had gained places to most of the local grammar schools for sixth form. I arrived at my chosen school and I rapidly developed, falling back in love with learning again. My teachers saw signs of potential in me and convinced me to consider applying to Cambridge University, a place which in the cartography of my life I would never have dared to map, let alone pursue. However, it would be idealistic to say that the consequences of failing the selective system had been suspended for me: I had significantly lower GCSE results which affected my eligibility on certain Higher Education access trips, was consistently assumed to have taken exams from ‘easier exam boards’ and my A-level target grades were comparatively low. I had arrived at a school brimming with opportunities which I quickly realised my old school never had: we had few school productions and sports teams, no official music lessons or exams and were given no choice of language to study, to name a few. The paradox is that comprehensive schools provide a home for the rich variety of individuals that form the tapestry of our area and country, and to not have such varied opportunities in recognition of this is a monumental injustice.

To reach my dream of reading English at Cambridge, I had to become one who benefitted from the grammar school as opposed to being broken by it: my secondary school could not offer an English Literature A-Level course for me to study and I had to move on. Again, my intention is not to blame the schools themselves but rather the government which dictates the existence of a needlessly brutal, damaging system, whilst widening the chasm by severing comprehensive school funding.

A comprehensive education opens both doors and minds: it produces the well-rounded and compassionate individuals that the world so desperately needs. After starting at Cambridge in 2015, I will graduate this year with a pride of my background that I will take with me for the rest of my life, and I can truly say that I have channelled my experiences into passion and success. However, I have always wanted to dynamically use my success to help cultivate the same for others as opposed to dwelling in it, which I now realise is the result of my education’s ability to teach the fundamental truth that everyone has something to offer in life. I am both determined and excited to see more comprehensively educated students achieve what they are so capable of, but more progress and pressure is urgently necessary if we are to ensure that all students are aspiring towards what they deserve.

However, a decade has passed and sadly nothing has changed: my little sister is now another victim of another cycle of school admissions, who is already suffering after a year of preparation for a morning’s worth of exams. Unlike myself, I vow to ensure that her own self-worth transcends beyond the badge of her blazer, which she and every child should be able to wear with true pride.