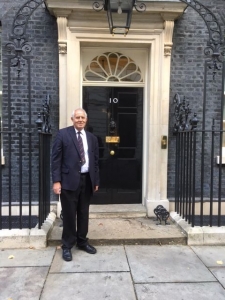 This article is written from my own long experience of working with a wide range of people as I run a successful mineral extraction and renewable energy business. I feel that in the quest for improved national productivity, communications between people of varied backgrounds are of vital importance.

My instinct, and only my instinct, is that most people really get to know a subject by explaining or arguing their understanding of it with others – perhaps in an attempt to persuade them of their point of view. That is what happens in my company, and I don’t really understand the difference between what happens in this respect between working adults and children in school.

I find that I learn a great deal from people who maybe are not on my salary scale and have less responsibility than I do, but none the less they often have special knowledge in certain areas. Also, if I want them to perform in a certain way, I must explain to them why I want them to do so, in ways that they understand, not so they do as I say only because I have told them to do it. If they comply simply because I have told them, they will quickly relapse back into the way that they used to do it. Also, I am quite likely to be wrong for practical reasons which I hadn’t thought about, and they must be articulate and confident enough to tell me so.

I find that many people who have achieved high academic success, for example civil servants working in ministries, and lesser professors that I come across, are often remarkably poor at fundamental understanding and respect for plain practicalities. The result is poor policy or application of policy and university students persuaded of all sorts of nonsense. To an extent, this is wrecking society.

But also I find that quite intelligent people that I come across, for example some of my colleagues at work, wholly underestimate their own abilities and almost resent being asked to extend their minds. For example last week I went into our canteen and asked if the word ‘ f***ing’ was an adverb, an adjective or some part of a verb. The response that I got was that if I had time to think about that, I must be wasting my time and I should find something useful to do. However, it’s clear to me that in writing to people like civil servants and MPs, I must explain myself quite clearly, and understanding exactly what I am saying is very important. I don’t often use that particular word in addressing them, but I think it a lot, like ‘ that f***ing ( adjective) idiot professor’, or ‘ that bloody pompous Oxbridge educated civil servant needs f***ing firing’ (that’s an adverb isn’t it? Or is it a participle of a verb? I should have done Latin.)

So, my conclusion from all this is that it’s important that:

The selection of children at the age of 11 for what some regard as a better education, brainwashes those kids into believing that they – the clever ones – know what is best for us all, and should be separated from the ‘fools’ who couldn’t pass the exam for the grammar school or for the elite class in the comprehensive school.  Then they go off to special universities, and then into the civil service, with no respect for the worldly wisdom of people who didn’t fit their mould.

Those selected kids missed the benefits of arguing their views with people whose life experience is different, and who themselves miss the benefits of the challenges presented by peers who have a more academic point of view. Those kids, turned into adults, have been seduced by the education and establishment system, into having totally insufficient respect for the majority of humanity.

The confidence to seek to understand concepts  and better communicate them generally can only thrive in schools where pupils respect others, regardless of exam results, and where they gain practise in communicating with a wide range of people. This confidence is the most important aspect of education; it creates the conditions for a thriving economy where ideas can be shared, and improved understanding leads to productivity and success.

Peter Prior is a member of Comprehensive Future’s steering committee and an executive in a private company involved in mineral extraction, waste disposal, renewables, and property development. He is writing this article in a personal capacity.