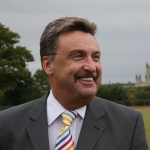 ‘Contrary to the common good’ and ‘stuffed full of middle class kids’, grammar schools are educationally damaging, socially divisive and morally dubious. Kent should not have green lighted this expansion; it already has too many, not too few grammar places. This government, responsible for the fact that many schools are seriously struggling with their budgets, should not be funding it.

We should be discussing grammar school abolition not expansion.

Grammar schools necessarily value academic ability over all others; reinforce the notion that qualifications measure educational success; and, perpetuate the view that university entrance is the purpose of secondary education. One wonders whether this is relevant in the 21st century.

Grammar schools negatively impact the system. They pervade and pervert primary school thinking and practice. The Kent Test dominates and distorts Key Stage 2. Moreover, grammar schools cause non-selective schools to struggle, suffer and often ‘fail’. They take children from them and under the statistical model of accountability non-selectives are condemned to be below ‘average’.  Education has degenerated into an academic race which for some is unwinnable.

In a selective system the success of the few is built upon the failure of the many and increasingly the marginalisation of the most vulnerable. It doesn’t have to be this way. The academically able students at Kent’s grammar schools would perform just as highly in quality comprehensives but other children would as well. This way there would be success of the many and better support for the few who need it.

It is illegal to open new grammar schools but somewhat disingenuously grammar schools can expand by launching ‘satellites’. There is nothing new about grammar school expansion.  It has been going on unchecked, in some cases illegally, for years – more children, means more money. In Kent over 25% of children attend them and demand for places is easily manufactured. Many grammar schools only fill by taking non-Grammar assessed children, making a mockery both of the system and arguments for expansion.

This expansion is different because it is political and supported by a government ‘bung’, ‘The Selective School Expansion Fund’, which both finances and legitimises it.

Grammar schools divide families and friendship groups. They also divide most obviously by parental affluence. The lucrative private ‘industry’ that serves ‘cramming’ – schools, tutoring, practice testing and a plethora of books, past papers and computer programmes is booming. Success in the test is not just about ability, it is also about preparedness and this costs money. Everyone knows it; some parents effectively ‘buy’ their children a place.

Grammar schools are not the engines of social mobility their supporters claim. They are vehicles of social segregation and separation.

Grammar schools do not have a representative share of SEND, EAL or FSM students. Indeed, the so called ‘vulnerable groups’ are noticeable by their absence. Some grammar schools may have had an epiphany and developed a social conscience, even if it is financially induced, but their expansion will not benefit many children from poorer families. It will further reinforce social division.

Some parents want grammar schools so their children avoid those less fortunate children. The ‘whiff’ of social snobbery accompanies many grammar school discussions. However, the brutal reality is deeply, deeply disturbing: Kent having built the mystique of its grammar schools, within this system of educational apartheid, annually and ritualistically informs 70% of its children they are too stupid to gain entry to one. This remains a disgrace. A nation’s most valuable resource is its children and this is no way to treat them.

There are over 4000 secondary schools in England; only 163 are grammar schools in England and 40 of these are in Kent & Medway. Given the claims made for Kent’s grammar school system one should ask why the rest of the country doesn’t adopt it. Moreover, if Kent’s model is so successful why are all comparisons with similar areas underwhelming? Even if one were persuaded that expanding grammar schools improves choice and opportunity then why is it not being done in places that do not have them rather than in Kent which has too many ? If people are genuinely blinkered enough to believe the social mobility mantra then why isn’t this money being spent in those areas suffering from crushing socio- economic deprivation and the consequential reduced life chances? These areas probably don’t include Canterbury/Whitstable/ Herne Bay and to argue for expansion on the coast because it will lessen the inconvenience of driving into Canterbury probably tells you all you need to know!

This is a political choice made by a government going through the longest nervous breakdown in history. It is a bad choice made for the wrong reasons. At a time of general austerity it is an insensitive use of limited public funds.

If the government genuinely wanted to improve social mobility and improve the life chances of the disadvantaged and underprivileged then they would imaginatively tackle the root cause which is poverty, rather than engage in gesture policies that ineffectively tinker only with its symptoms.

Massive investment would go into education where it would make the most difference and this is Early Years Foundation Stage, on into primary and with the wrap around support of extended services as envisaged by Every Child Matters.

In this policy it is clear that some children matter more than others. Although £200 million is not much on overall terms, it could help someone if spent wisely.

Squandered like this it will make no difference, except to make things worse.

Phil Karnavas, is the former executive principal, of the Canterbury Academy, a non-selective secondary school in Kent.

Our Future Thoughts series of articles are opinion pieces designed to provoke debate, they represent the views of the author and are not necessarily Comprehensive Future policy.