Does the Labour Party really want to end selective education? 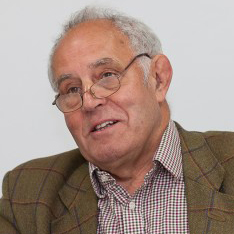 Michael Stewart succeeded Anthony Crosland as Secretary of State for Education in 1967. Tony Crosland had famously vowed to destroy every grammar school in the country. Michael Stewart said that it was perfectly reasonable for parents to want to give their children the best education available, but they shouldn’t be able to do that to the detriment of the education of other people’s children. Despite the lapse of more than 50 years,  22 of which Labour were in government, selective education is still damaging the lives of children in many parts of the country. There are still 163 state schools where children are selected on the basis of an examination at the age of 10 or 11, and the number of selective places are increasing. It looks like the Labour Party does not really want to end selective education at the age of 11. Is it a myth that they do?

It’s odd that a political party clearly devoted to giving all the varied people of this country, an equal and fair chance to improve their well being, should want to continue to select kids for a special education at an age when kids’ development and their life experiences are so varied. It’s especially odd when it’s admitted by the examining bodies that it’s not possible to devise a test that is tutor proof and all the evidence confirms this fact. It’s not possible to measure many things in this world and which 10-year-old child will benefit more from a privileged education, and which will not,  is one of them. What do the exams seek to measure? Is a slow but thoughtful child of 10 less able to contribute to this world than a quick and facile child? How is imagination measured? What about immigrant children who have English as their second language? What about a child with a deep and special knowledge of a subject which has held back other subjects just now? How about the child who has had ill health recently, or whose family life has been disrupted in some discrete way?

The statistics clearly show that opportunities for children of a more restricted social background do better in areas where the education is fully comprehensive than in areas with selective education. Many grammar schools have very few free school meals students.

In the light of all this evidence of the unfairness and inaccuracy of selection at the age of 10 or 11, and the discouragement rendered to those that don’t pass the exam, if the Labour Party can not declare that if they are elected at the next general election, they will stop selection to all state schools, they can not be a party that believes in opportunities for all. After 50 years, it’s time to ‘come out’ Labour Party. If elected, will you end selective education or not?

Peter Prior is a member of Comprehensive Future’s steering committee and an executive in a private company involved in mineral extraction, waste disposal, renewables, and property development. He is writing this article in a personal capacity.