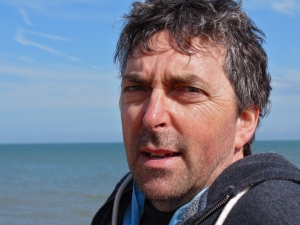 So, here is the problem: how do you allow all young people fair and equal access to an education that will enable them to fulfil their personal, academic, and vocational ambitions?

The current government has a number of policies intended to do just that. We shall leave it up to you to decide which of these is most likely to answer our question.

Spend £5 million on attracting teachers to an FE system already described as ‘in tatters’.

Spend an extra £50 million on a schooling system that is based on testing and selecting children at the age of 10 that paradoxically has no greater impact on young people than any other system. This is the much touted plan to spend £50 million on Grammar School extensions, or satellites.

Not one of these policies makes sense, you could argue that shouting about spending £50 million detracts us from thinking about losing £700 million from the Early Years, a phase of education where a real difference can be made to the lives of young people. Or, thinking about how pitiful £5 million is when you consider FE provides opportunities outside of statutory school age to complete A Levels, vocational qualifications, as well as amongst other things, teacher education, prison education and the much-hyped apprenticeships.

How much impact on the ambitions and futures of young people will a £50 million spend on allowing Grammar Schools to build extensions or annexes have? Don’t forget, this £50 million could always be spent elsewhere, so we have to assume the top brains in Whitehall know exactly what rewards this windfall will lead to.

Two and a half satellite schools could be built – it is worth noting that the only Grammar School extension built this side of the 1966 Football World Cup is the Weald of Kent Grammar School Sevenoaks ‘Annex’. This came to £19 million pounds of tax payers’ money. A lot of fuss over 2.5 potential ‘annexes’.

£50 million is worth spending if the children going to these schools obtain better academic outcomes than attending other schools – unfortunately they don’t. £50 million will be spent on making no more difference than any other type of school.

£50 million will be spent encouraging the ‘coaching for the 11+ test’ market – currently parents spend around £6 billion a year on after school tutors. You have this choice if you can afford the private tutors.

£50 million spend on Grammar Schools distracts from the excellent work carried out by the remaining 80% of schools.

£50 million is not actually that much money. Damian Hinds reckons that around 3,500 young people could benefit from this scheme – that works out to around £1,400 each. This is not a ‘change the world’ amount. If parents are willing to spend £6 billion a year on coaching, surely government resources could come close to matching that. How much difference would £6 billion make?

£50 Million spent on supporting testing at the age of 10 will not provide world class education – we already have that in comprehensive and secondary moderns schools all over the country. This is not about world-class education, it is about continued segregation based on socio-economics.

£50 million spent on Grammar School extensions will have a negative effect on social cohesion.

£50 million spent on Grammar School extensions represents an ‘all fur coat and no knickers’ approach to education – it looks glamorous from the outside but there is something sleazy on the inside.

The £50 million is not about supporting quality education, it is a cynical attempt to buy votes and distract from the damage being done to other phases of education.

This plan has not been thought up by those who have an interest in education, it is delusional, desperate and deceitful.